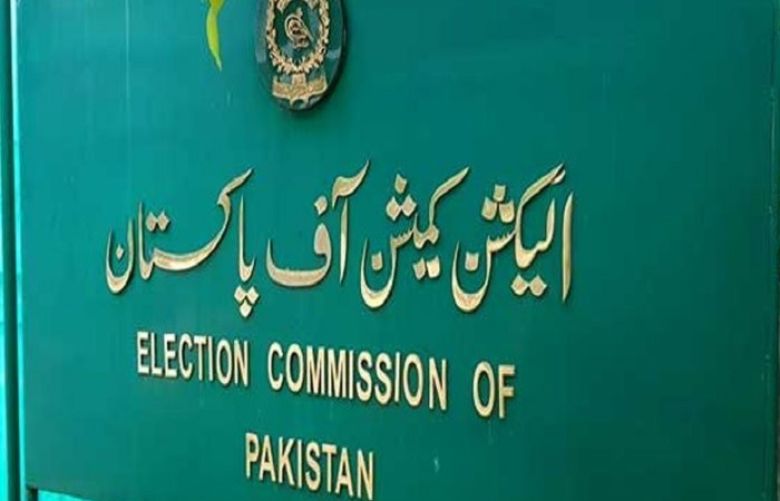 The Election Commission of Pakistan (ECP) on Tuesday asked the Punjab government to legislate on the local bodies within seven days or else it will hold polls based on the previous law.

The orders were issued in a hearing held on the local bodies election in Punjab by a three-member bench headed by Chief Election Commissioner (CEC) Sikander Sultan Raja.

At the outset of the hearing, the special secretary of the commission informed the bench that Punjab's local body governments' tenure had ended on December 31, 2021.

He added that the ECP had issued the schedule for the new local body elections on April 14 of this year.

However, the Lahore High Court (LHC) issued stay orders on the schedule. He then added that the Punjab government issued new ordnance for the local bodies in the province.

“Ordinance nor its rules were shared with us,” said the special secretary, adding that the ECP had done gerrymandering twice which was costly.

The special secretary asked the bench to take the money for the expenses of the gerrymandering from the Punjab government. He also requested that contempt proceedings be initiated against the provincial government for its attitude.

At this, CEC directed that a report should be made on the estimate of the cost incurred on the gerrymandering.

Moving on, the special secretary then informed the bench that in Punjab there was a village and neighbourhood council but not it has been replaced with union councils.

On the other hand, ECP secretary Omar Hamid Khan said that they are yet to get funds to hold local body elections, adding that they had also met the Punjab chief secretary on the matter as well.

At this, the Punjab chief secretary told the bench that the assembly session was ongoing and the ordinance would be passed in it.

He also added that the only problem that is being debated is the matter of electronic voting machines.

In response, the CEC remarked that there have been investigations on EVMs in the world and only two countries Brazil and India are the technology.

He added that Brazil’s representative told the ECP that holding the 2023 elections on EVMs would be a “miracle”.

“According to the investigation, if EVMs are rolled out in haste, the election would become suspicious and anarchy would spread," warned the CEC. He added that it was not possible for the ECP to hold elections with EVMs in a hurry as it may lead to anarchy throughout the country.

“Punjab government wants anarchy to spread,” observed the CEC. He added that during local government elections there are a lot of polling stations.

He also asked that the EVMs issue could be a political one but if the election goes wrong then would someone take responsibility for that.

“Can we conduct local body elections in Punjab based on the old law?” asked CEC Raja. He added that there was no local government in the province for at least 10 months.

The ECP chief added that no government was interested in holding local elections, adding that the electoral body will now make a decision and no longer consult the Punjab government.

CEC Sikander also remarked that ECP will be sending a reference to the Supreme Court today that the provincial government is not implementing its orders.

“Punjab government should make local bodies law within seven days or else we will hold local government elections under the previous law,” said Raja during the hearing.

He also warned that if the Pervez Elahi-led Punjab government does not cooperate on the local body elections then ECP will launch contempt proceedings against them.

The hearing of the case was then adjourned till Thursday next week.