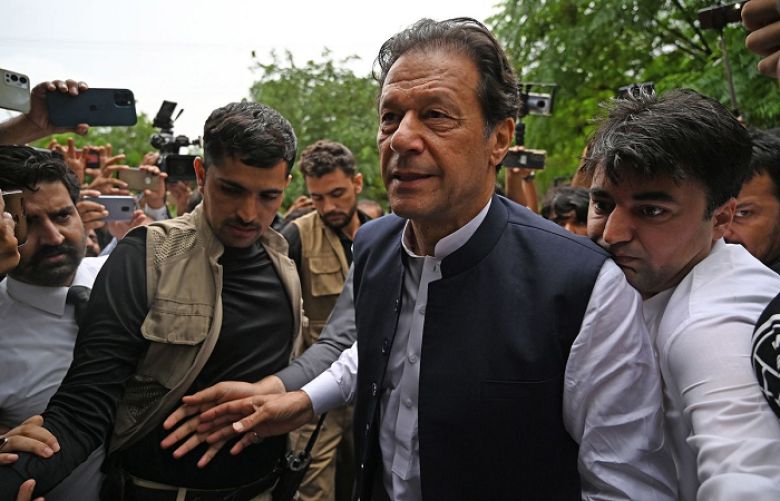 A district and sessions court in Islamabad granted interim bail to Pakistan Tehreek-e-Insaf (PTI) Chairman Imran Khan in a case related to his threatening remarks against a female judge.

According to details, the former premier appeared before Sessions Judge Kamran Bashart’s court, seeking interim bail in a case related to his threatening remarks against female judge Zeba Chaudhry.

During the hearing, Imran Khan’s counsel Babar Awan noted that his client has appeared before the court. “This is the first bail application and another case was also scheduled for October 13,” the counsel added.

After hearing the arguments, the judge accepted the PTI chief’s bail application and ordered him to submit surety bonds of Rs50,000. The court also issued notice to police until the next hearing.

It is pertinent to mention here that a local magistrate in Islamabad issued arrest warrant for former prime minister and Pakistan Tehreek-e-Insaf (PTI) Chief Imran Khan in a case pertaining to hurling threats at female judge Zeba Chaudhry.