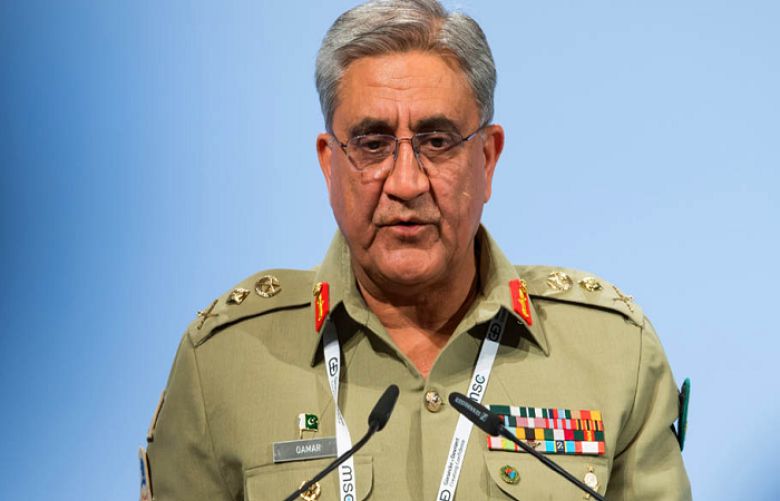 Chief of the Army Staff Gen Qamar Javed Bajwa assured the nation on Tuesday that the armed forces have distanced themselves from politics and want to remain so.

The army chief also reiterated his pledge to leave after the completion of his second three-year term in two months, saying that he would do as he promised earlier. He made these remarks at a lunch at the Pakistan Embassy in Washington.

According to media reports, Gen Bajwa addressed the gathering before the lunch and then also made informal remarks while talking to his guests. He reminded the nation that reviving the country’s ailing economy should be the first priority of all segments of society, adding that without a strong economy the nation would not be able to achieve its targets.

“There could be no diplomacy either without a strong economy,” said the army chief in his address to an audience which included a large number of Pakistani diplomats.

After the lunch, Gen Bajwa went to the Pentagon for a meeting with US Defence Secretary Lloyd Austin.

During the meetings, matters of mutual of interest, regional security situation and bilateral cooperation in various fields were discussed.

The army chief thanked the US officials for their support and reiterated that assistance from “our global partners shall be vital for rescue/rehabilitation of the flood victims in Pakistan”.