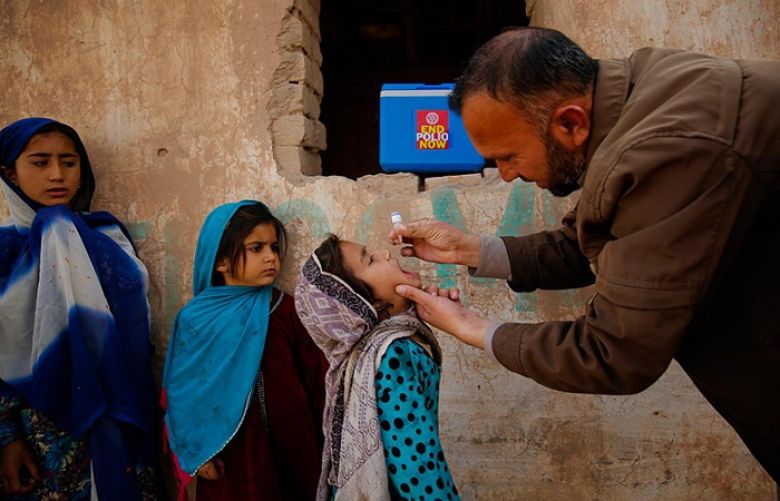 File Photo Poliovirus was detected in a ten-month-old baby in North Waziristan.

Pakistan has reported another case of poliovirus from the mountainous North Waziristan, taking this year’s tally of crippling disease to 20.

According to Health Ministry officials confirmed Friday that poliovirus was detected in a ten-month-old baby in North Waziristan’s Union Council Ghulam Khan, an area located near the border of Afghanistan..

This is the 17th case of poliovirus that has been reported from North Waziristan this year.

According to media reports, during September, a total of five cases of poliovirus was reported. Of these, three were from North Waziristan and one each from South Waziristan and Lakki Marwat.

Polio or poliomyelitis is a crippling and life-threatening disease caused by the poliovirus. It leads to acute flaccid paralysis in 1 out of 2,000 people infected by the virus.

However, in many cases, symptoms are not visible and a fourth of the infected persons experience flu-like symptoms such as sore throat, fever, nausea, stomach pain, headache, and tiredness, according to information shared by the US Centers for Disease Control and Prevention (CDC).

The CDC warns that poliovirus could also cause meningitis (infection of the spinal cord and/or brain) occurs in about 1-5% of persons infected with the poliovirus (depending on the virus type).

Even children who seem to fully recover can develop new muscle pain, weakness, or paralysis as adults, 15 to 40 years later, the CDC outlines. This is called the post-polio syndrome.