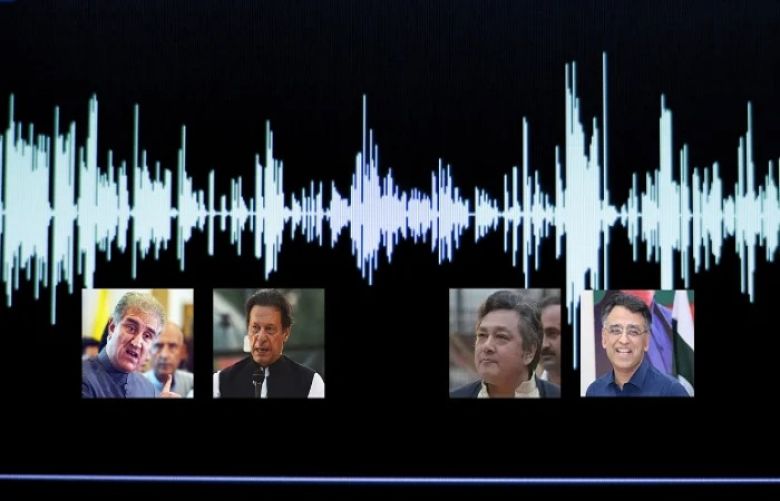 Another purported audio clip of PTI Chairman Imran Khan and his team has surfaced, just days after a sound bite of the former prime minister allegedly telling his then-principal secretary Azam Khan to "play" with the US cypher had come to the fore.

Following is a rough transcription of the audio:

Imran Khan: Shah jee (Shah Mahmood), we three have to hold a meeting tomorrow, along with the foreign secretary. [In the meeting], we will ask him to just sit quietly and write the meeting's minutes as is. Azam [Khan] is saying to write the minutes [...] and we will photostat it.

Imran Khan: But the meeting took place on the 7th. We do not have to take the Americans' names under no condition. But on this issue, please, nobody should name the country. This is very important for all of you. From which country did the letter come? I don't want to hear it from anyone.

Asad Umar: You are intentionally calling it a letter. This isn't a letter, it is a transcript of the meeting.

Imran Khan: It is the same thing, whether it be a meeting's transcript of a letter. People won't understand what a transcript is. You have to say this in your jalsas.