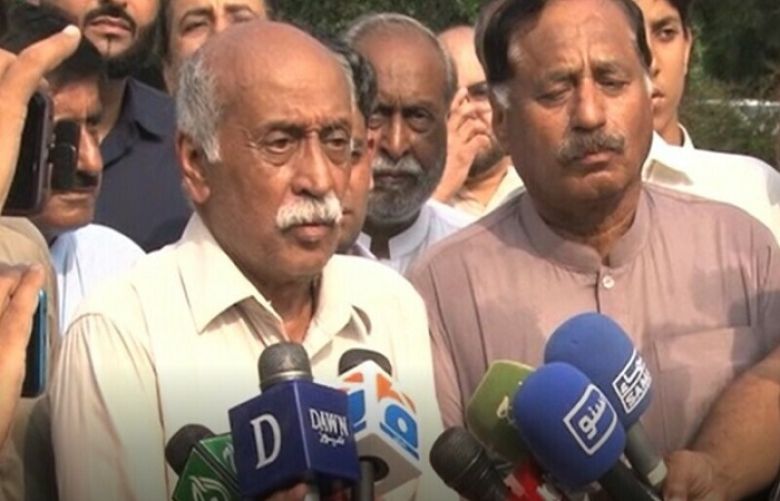 The father of Sarah Inam, who was allegedly killed by her husband Shahnawaz Amir in Islamabad last week, has demanded that the prime suspect in the case should be “sentenced to death” within two to three hearings.

Shahnawaz was arrested last week for allegedly killing Sarah, who was a Canadian national. The incident took place at a farmhouse located in Shahzad Town where the suspect lived along with his mother.

A case has been registered against Shahnawaz and he is presently in police custody under physical remand.

Today, the last rites of the victim were offered in Shahzad Town after which she was laid to rest.

Talking to reporters afterwards, Sarah’s father Inam Rahim said that what happened to his daughter was “injustice” as he called for a “strict punishment” for Shahnawaz.

“Sarah was brutally tortured. If this case is delayed, it will be a huge injustice,” he said, requesting the government and courts to wrap up the proceedings within three to four hearings.

“The suspect should be hanged. There is evidence [of the crime].”

Rahim said that if the case was delayed, people would forget about it and such crimes would continue to take place. “The Noor Mukaddam case is in front of you. People seduce rich and capable women but then they harass and loot these girls,” he claimed.

Talking about Sarah, Rahim said that his daughter had been in Dubai for the past 10 years. “She was my sweet one […] we used to talk every day on calls and messages.

“She had a good job in Dubai and was getting several good offers. Shahnawaz was greedy and his eyes were on Sarah’s money,” he alleged.