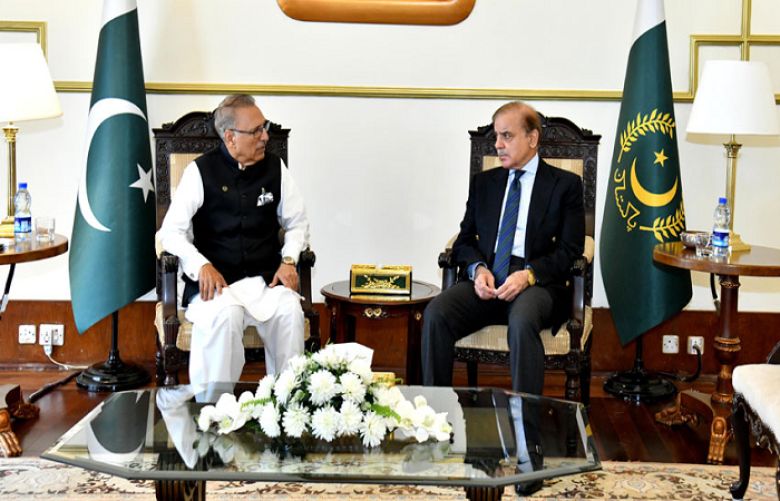 This is the second time the two held a meeting since Shehbaz’s ascension to power after ousting former premier Imran Khan.

It is pertinent to note that last month, amid growing political volatility, President Alvi had offered to reach out to both PM Shehbaz and former premier and Pakistan Tehreek-e-Insaf (PTI) chief Imran Khan to thaw the political impasse over a spate of thorny issues and find a broad consensus for fresh elections and a charter of economy.

According to sources, the meeting today took place prior to Pakistan Muslim League-Nawaz (PML-N) leader Ishaq Dar’s oath-taking ceremony. The two leaders also discussed the matter of audio leaks from the Prime Minister’s Office which surfaced on social media over the weekend.

Newly appointed finance minister Ishaq Dar also met the president at the Aiwan-i-Sadr immediately after taking the oath of his office. Both expressed concern over the country's economic situation and reviewed the damages to the economy caused by the devastating floods.

Dar informed Alvi of his plan to deal with the economic challenges the country faced.