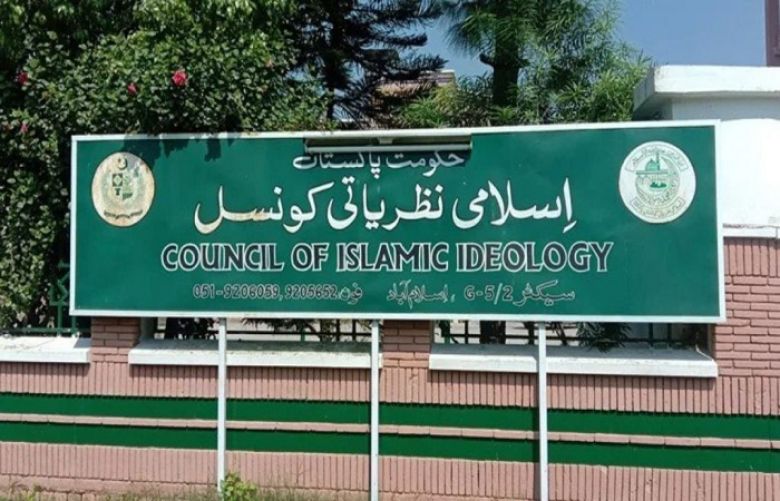 The Council of Islamic Ideology (CII) warned that the act may lead to “new social problems” and asked the government to form a committee to review the law related to the transgender community.

It added that the committee should include CII members, religious scholars, and legal and medical experts.

Separately, the council also appreciated the National Accountability Bureau (NAB) amendment laws and urged the government to incorporate other recommendations made by the CII in the law.

The CII's statement on the bill comes a day after Senate Chairman Sadiq Sanjrani said the committee formed to consider the recently submitted amendments to the Transgender Persons (Protection of Rights) Act would duly consult religious scholars and the CII, if required.

“The Senate will never do anything against the Islamic laws,” Sanjrani said.

Senator Mushtaq Ahmed has filed the amendments to the act which are currently being weighed by the Senate committee.

Strongly advising against unnecessarily politicising the issue, he stressed that in case of any controversy, the government was resolved to take the course of the consultation.

The Transgender Persons (Protection of Rights) Act was passed by Pakistan’s Parliament in 2018. The law prohibits discrimination against transgender people in schools, workplaces and public spaces, as well as ensures their right to vote, inherit property and run for public office.

This year, politicians from religious political parties, including the Jamaat-e-Islami and Jamiat Ulema-e-Islam Pakistan-Fazl, kicked up a row, insisting that the law is against Islamic tenets and should be immediately amended.

Social media users and conservative politicians accuse the law of permitting gender-reassignment surgeries, same-sex marriages, and cross-dressing. They also claim that since 2018, when the law was passed, over 23,000 people have changed their genders.

The claim that the law will allow men to change their gender to female and women to male on official documents is incorrect.

The law clearly defines a “transgender person” as one who is “intersex” with a mixture of male and female genital features or a eunuch assigned the male gender at birth but undergoes castration or a trans person whose gender identity differs from the sex they were assigned at birth.

The Rules to the Act further clarify that a transgender person will have to approach the National Database and Registration Authority (NADRA) for a change of name or gender on identity documents, as per their self-perceived identity. And NADRA will only alter their gender from Female to the category “X” or Male to the category “X”.

“X” symbolises the third sex in Pakistan, a classification specially created for the trans community on the orders of the Supreme Court in 2009.

The law or the Rules do not allow men to change their gender to female or vice versa on their CNICs, passports or other travel documents.