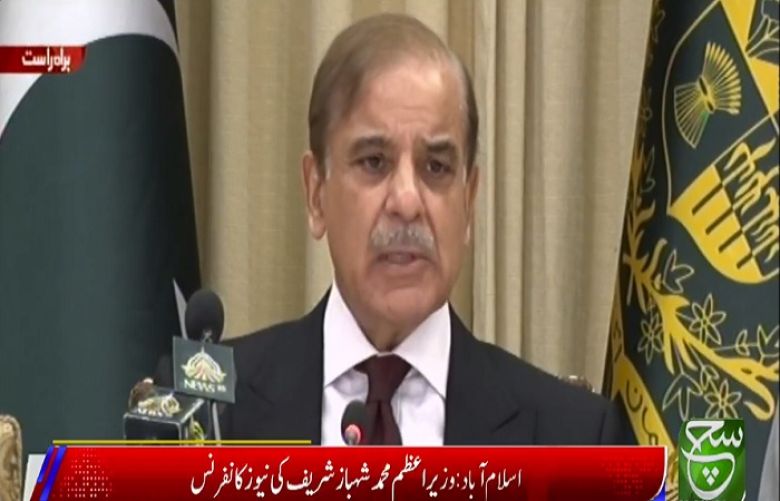 Prime Minister Shehbaz Sharif on Tuesday termed the surfacing of audio leaks allegedly featuring conversations between key figures in the coalition government was a “very serious lapse” as he announced that a committee will be constituted to probe the matter.

The premier made these remarks alongside other federal cabinet members at a news conference in Islamabad on Tuesday.

Responding to a question regarding the audio leaks, he said that such security breaches were a “big question mark”.

“Who will come to meet the prime minister at the PM House now? Be it a sympathiser or a friend, they will think 100 times before talking. This is about the respect of 220 million people of the country.

“I am taking notice of this and a committee will be formed and reach the depth of this matter,” PM Shehbaz said.

On Saturday, a recording of PM Shehbaz surfaced where he was discussing with an unidentified official the possibility of facilitating the import of Indian machinery for a power project that was a concern of Maryam Nawaz Sharif’s son-in-law, Raheel.

Countering the matter today, the prime minister said that Maryam never talked to him about any favours or her son-in-law.

Shehbaz went on that he didn’t find it appropriate to take the matter to the cabinet. “I said I will convey this to my daughter. Now tell me what is wrong with this?”

He said that previously several audios relating to PTI chief Imran Khan were leaked but no questions were raised on that. “Have you heard the conversation about diamonds? About the piece of land that was given to them as a gift. You don’t talk about it but you are discussing this matter.”

“He called Bashir Memon to his office and asked him to file cases against his rivals. This is on record. Did I amend the policy, there is no question about it. You must do justice. I will apologise to the nation if I did something wrong.”