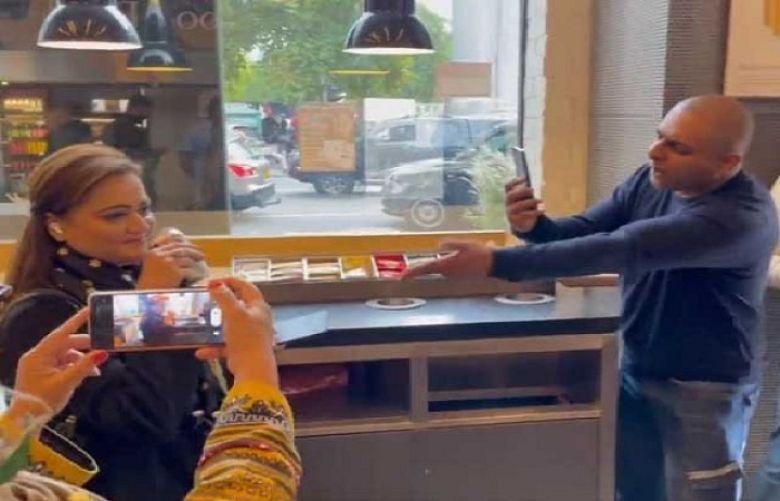 Information Minister Marriyum Aurangzeb, who is in London with a PML-N delegation led by Prime Minister Shehbaz Sharif, was heckled by overseas Pakistanis apparently supporters of the Pakistan Tehreek-e-Insaf (PTI) at a roadside cafe.

The short video clips of the incident, which went viral on social media, showed that a handful of the alleged PTI supporters surrounded the information minister while she was having a soft drink inside the cafe.

In one of the videos, the unruly woman can be heard hurling abuses at Marriyum while others were recording her video with the minister staying calm and using her mobile phone.

In another video, the information minister can be seen interacting with one of the women supporters. “This attitude is harmful to the image of Pakistan. You asked three questions from me and I have answered them all. This is a way of having a decent conversation,” the minister told the protester.

Thank to social media. Someone has sent me the clip where you can clearly see that I am stopping the guy with the speaker that not to swear. If you want to ask a question plz do but don’t insult a woman. pic.twitter.com/rRpMKa2k9Z