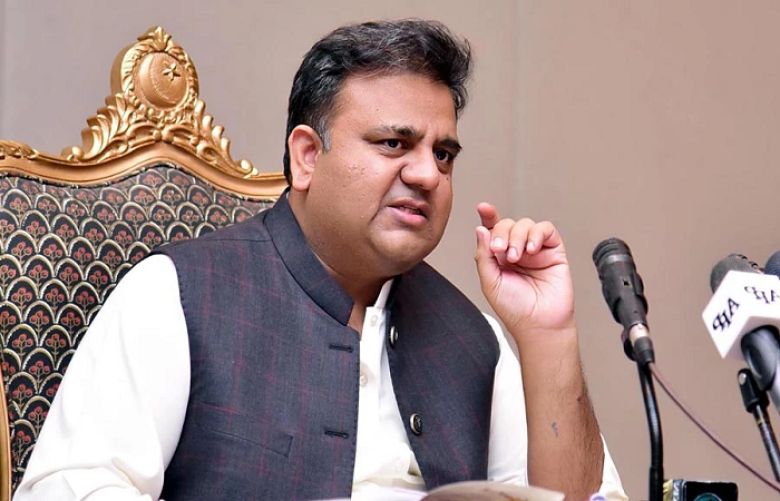 PTI leader Fawad Chaudhry has claimed that 100 hours-long conversations of Prime Minister Shehbaz Sharif have been put up for sale on the dark web for $3.5 million and criticised security agencies for overlooking the “sensitive” matter of audio leaks.

Expressing shock over purported leaked audio clips of government officials, Fawad said, “Even the office of the prime minister of the nuclear-armed country is not safe.”

Commenting on one of the leaked audio clips featuring a conversation between the premier and a government official, Fawad said the conversation showed that decisions were being made in London.

“[In the audio clip] Maryam Nawaz is demanding Shahbaz Sharif to clear the way for her son-in-law's machinery import from India,” he remarked.

Separately in a tweet, Fawad criticised the country’s security agencies, saying: “They would have cared about this sensitive matter if they had got time from political matters.”

He also expressed surprise over the silence of the government officials on the matter.

Another PTI leader Mirza Shahzad Akbar said the audio leak scandal was not a hacking but definitely an inside job, aimed at influencing the government’s decision-making ahead of the crucial appointment.

“First it’s not a hack into the system [and] hacker [and] dark web seems cover story, our systems are based on analogue and not digital, in fact, that’s one way of Pak cyber security,” he said while sharing his sources-based information on the matter.

Akbar, who served as PM’s aide on accountability during last PTI’s tenure, added that timing of the leak was important “as it’s just before crucial appointment, target seems clearly to influence the decision, which way though only time will tell!”.

“Who ordered bugging of PMO & PM House which allowed hacking & leaks? Which Intel agency carried out this bugging & who was responsible for abetting leaks?”

In another tweet, Shireen said the purported audio leaks clearly revealed that PML-N supremo Nawaz Sharif and his daughter Maryam ‘dictated decisions to the imported government’.