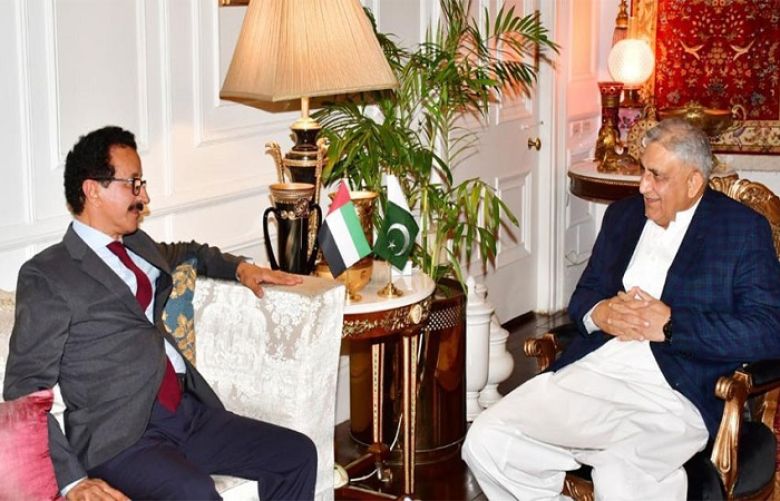 Relief efforts in the wake of the devastating floods and all that can be done on the road to recovery for Pakistan were discussed.

Sheikh Ahmed Sultan, who earlier today visited flood-affected areas in Sindh, made a donation of 2.5 million dollars for the Army Relief Fund.

The visiting dignitary commended the relief efforts of Pakistan Army in the flood-affected areas and said that UAE and its leadership stand with the people of Pakistan in this time of distress.

Sheikh Ahmed Sultan committed to raise the issue of climate justice for Pakistan at the world forums.

The Army Chief thanked Sheikh Sultan for his valuable and timely support to Pakistan.

Matters of economic development in Pakistan were also discussed.

Sheikh Sultan apprised the Army Chief of Dubai Port World’s interest in investing further in Pakistan. He offered to bring other donors for Flood Relief efforts in the days ahead.

It is pertinent to mention that Dubai Port World is one of the largest port operators globally.

Sheikh Sultan also thanked Fakhar-e-Alam, Sitara-e-Imtiaz, for arranging this visit and creating awareness in UAE about the need for help in Pakistan.