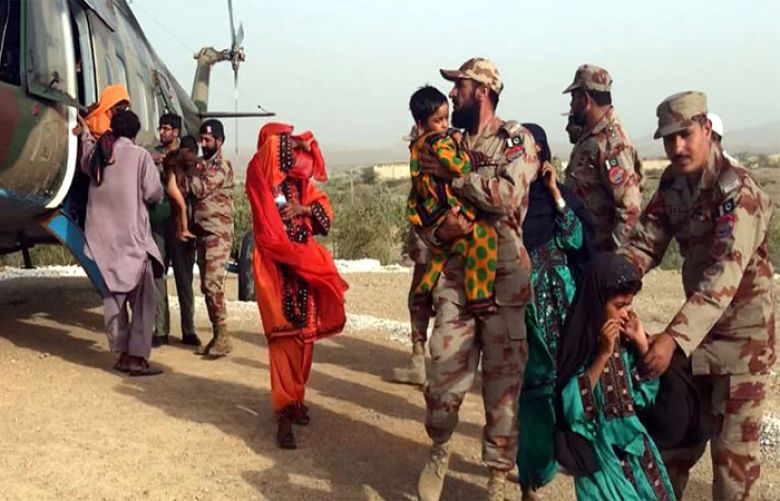 Pakistan Army and Frontier Corps are engaged in rehabilitation and relief activities for the flood victims in respective areas of Balochistan.

In the flood-affected areas, Pakistan Army and FC Jawans are working day and night in the rehabilitation and relief activities of the victims along with the civil administration.

According to press release, about fourteen relief camps are working in the flood affected areas of Kohlu, Sibi, Dera Murad Jamali, Jafarabad, Naseerabad, Sahabatpur and Jhal Magsi where cooked food and significant items were provided to 12,344 flood victims along with other facilities.