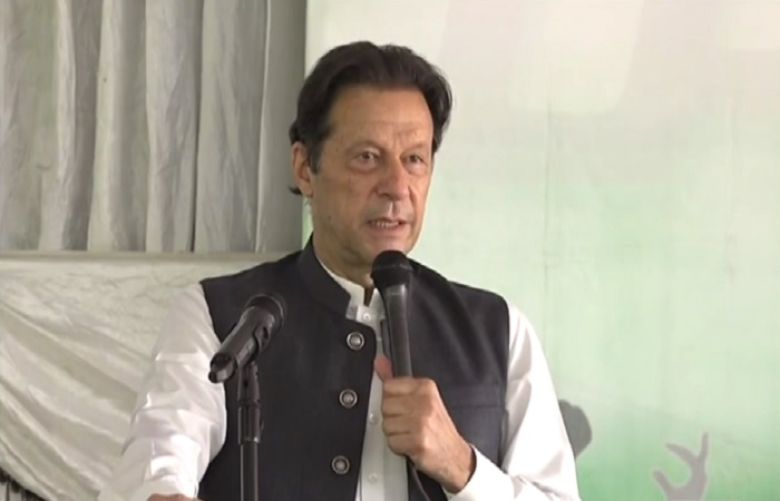 PTI Chairman Imran Khan Friday said that rural Sindh was going through the "worst form of slavery", therefore, the nation will have to rise up to the occasion and wage jihad (holy war) for future generations.

Addressing a students' convention in the federal capital, the former prime minister said that about 80% of women are stripped of their rights in rural Sindh, urging the nation to fight for the future generation and the "Haqiqi Azadi" (real freedom).

Once again criticising his political opponents, Khan said that the khalifahs (caliphs) in older times used to present themselves before the court but people like Nawaz Sharif and Zardari take money abroad.

"How will the country develop when it is ruled by these thieves?" he questioned.

The ex-premier said that the "thieves" have taken over Pakistan and their crimes are being gradually forgiven.

"Pakistan is going through a decisive phase as Shehbaz Sharif always visits different countries to humiliate Pakistan," he added.

The PTI chief has announced resuming his "Haqiqi Azadi" Movement from Saturday (September 24) and appealed to the public to take to the streets as soon as he calls on them.

Khan has urged party workers and supporters to get ready for his call as establishing the “rule of law" was the country’s foremost need.

Since his ouster in April, Khan has time and again demanded "fair and free” snap polls, warning of a "strict reaction" if the government failed to yield to his demands.