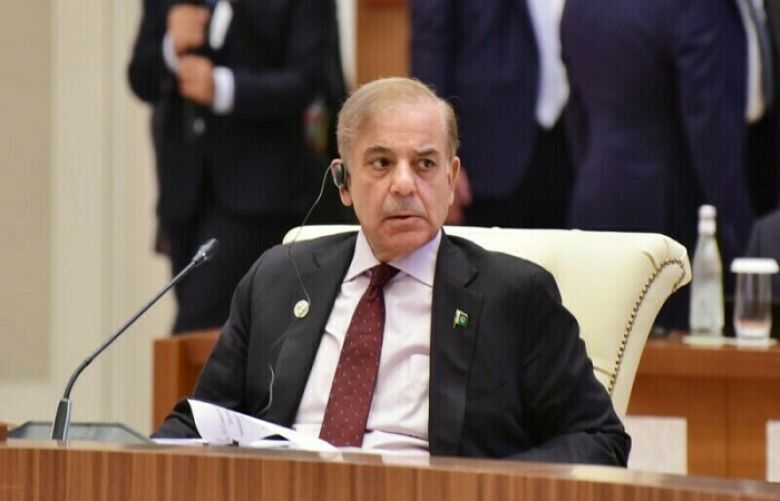 With debt obligations drawing to a close, Prime Minister Shehbaz Sharif has made an urgent appeal for relief in the repayment of debts from rich nations, reminding them that Pakistan is bearing the brunt of environmental damage caused by them to cater to their greed.

In a conversation with international media , PM Shehbaz Sharif said that Pakistan recently signed a deal with the International Monetary Fund (IMF) under “very tough” conditions, including taxes on petroleum and electricity.

“Unless we get substantial relief how can the world expect from us to stand on our own feet? It is simply impossible,” he said."The world has to stand by us."

Responding to a question about debt obligations, the premier said they have spoken to European leaders and other leaders "to help us, in the Paris Club, get a moratorium".

As per PM Shehbaz Sharif, there is a “yawning gap” between what Pakistan is asking for and what is available, warning that the nation is facing the imminent threat of epidemics and other dangers.

“God forbid this happens, all hell will [break loose],” he said.

The Pakistani leader shared that he’d spoken to the World Bank about immediate debt relief and would begin talks with China after the Paris Club.

Pakistan owes $30 billion to China, or about a third of its total external debt.

He said the floods were the result of an unprecedented cloudburst induced by climate change due to the environmental damage caused by fossil fuels.

“Therefore it's none of our doing, our making. Our carbon emission is less than 1% and to be very exact it's 0.08%, which is the lowest in the world. But we are rated as one of the most vulnerable countries.”

“Essentially I should have been in my country with my people in flood-affected areas with children, boys, girls and those who have been badly affected, to console them and provide them with some relief. But I'm here to tell the world what happened with us and with our people.”

"Has the word done enough and what can be done?" he was asked.

To this, he said that the US, Turkish and French presidents have touched upon this subject and commended their concern.

“What they have done is commendable, but it is far from meeting our needs. We cannot do it alone. We cannot, you know, cough up resources from our own pocket, which are already insufficient to meet our pressing needs. We need additional funds.”

"So I think, unless the world comes out with billions of dollars in support for relief, for building of resilient infrastructure, and [for] infrastructure adaptation in agriculture and housing, things will not come back to normal," he said.

About his talks with Russian President Vladimir Putin, the prime minister said he spoke to the Russian president about the availability of gas and oil and Putin has promised him that he will most definitely look into this.