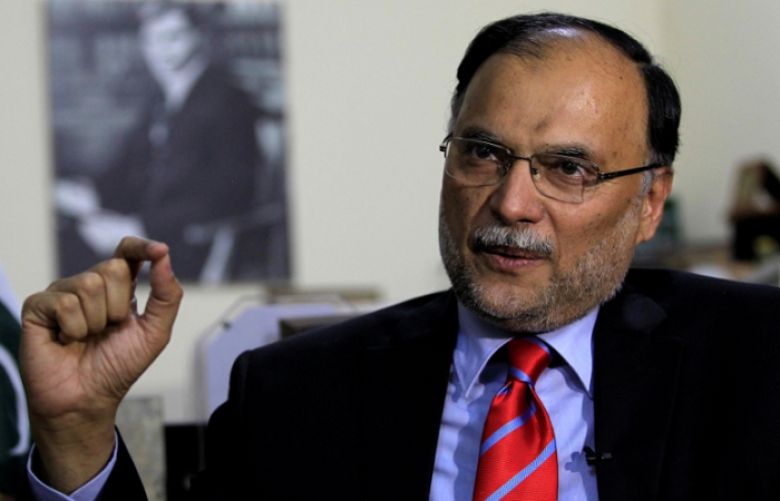 Islamabad High Court Chief Justice Athar Minallah gave the ruling after completing the hearing on a petition from Ahsan Iqbal on Wednesday.

Iqbal, who is the planning minister in the current government, appeared before the court.

During the hearing, Justice Minallah came down hard on the NAB prosecutor, who repeatedly requested the court to adjourn the hearing.

The NAB prosecutor also said that the matter could be seen under the new NAB amendment ordinance.

However, Justice Minallah said that the court was not going to look into any new ordinance.

The justice said that losses in the project were caused when it was delayed before 2009. The prosecutor admitted that Iqbal did not hold any government office in 2009.

When Justice Minallah asked the prosecutor to explain what was the corruption in the project, he said that the project was moved from the Punjab government to the federal ministry for planning and development under Iqbal.