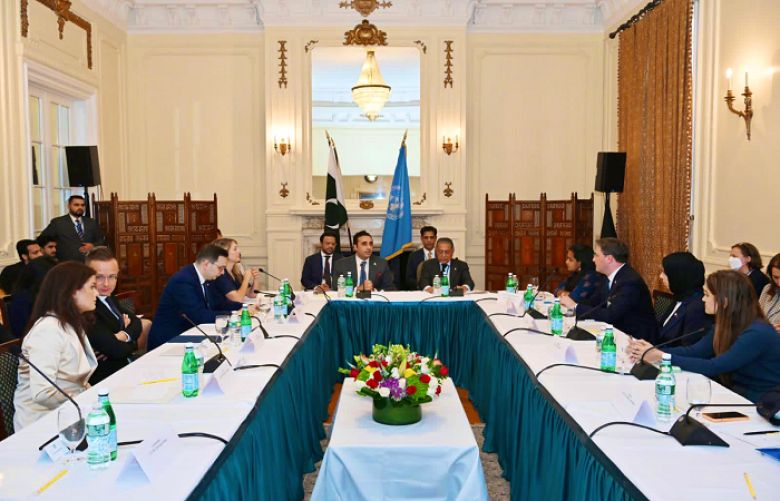 The foreign ministers of Canada, Czech Republic, Hungary, Qatar and Serbia attended the conference. Minister of State for Foreign Affairs Hina Rabbani Khar also attended the event, held on the sidelines of the 77th session of the United Nations General Assembly here.

Foreign Minister Bilawal, in his address, called for efforts to overcome the challenges regarding peace and development but also for equal economic opportunities to the next generations.

He said being the young foreign ministers, they could play their role for strengthening the mutual cooperation among the international community.

He said the objective of the conference was also to devise a mechanism to discuss the future of the world.

It was an honor to host meeting of Young Foreign Ministers on #UNGA sidelines to discuss challenges of present & future. Together, we laid down our priorities & vision for a future world order based on peace, harmony & justice. A summary will be shared with UNSG & member states. pic.twitter.com/0Uu5T81bYl