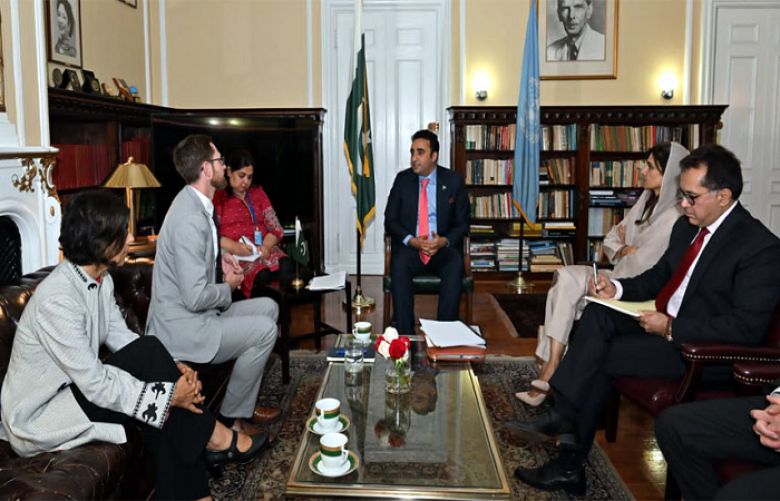 Foreign Minister Bilawal Bhutto Zardari has stressed that a peaceful, stable and prosperous Afghanistan is a priority for Pakistan.

As per media reports, talking to the US Special Representative for Afghanistan Thomas West who called on him in New York, he emphasized the significance of continuing international engagement with the interim Afghan government for lasting peace and stability in Afghanistan and beyond.

The US Special Representative appreciated Pakistan's efforts for peace and stability in Afghanistan and in facilitation of evacuations.

The two sides acknowledged the need for continued cooperation on the shared objectives of sustained efforts and engagement of the international community to alleviate sufferings of the Afghan people and promote regional peace and stability.