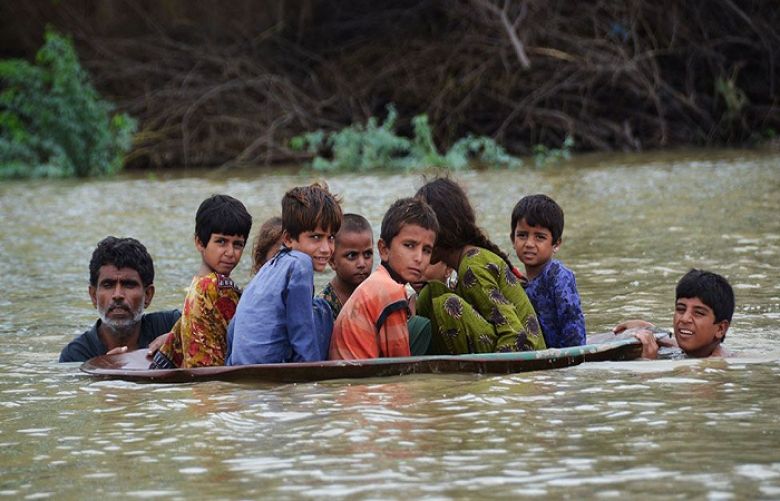 Prime Minister Shehbaz Sharif urged the world on Monday to take 'swift action' to assist in rebuilding the lives and futures of the children who have been affected by the floods.

Over 500 children have lost their lives in the unprecedented floods and rains, while a total of around 16 million children have been affected by the diaster, according to official data.

The prime minister stressed the need for a global conversation to focus on the plight of the children who have become victim to Pakistan's flood devastation.

The premier urged the world to take the deaths of these children during the massive floods in Pakistan as a "clarion call" rather than a statistic.

Global conversation on Pakistan's flood devastation should focus on the plight of children. Disaster has adversely affected millions of children with over 500 dead. Let these children not be an arithmetic but a clarion call for swift action to rebuild their lives & future.

“Super floods” in Pakistan have left 3.4 million children in need of “immediate, lifesaving support,” according to UNICEF.

Read PR in financial quagmire amid floodsThe floods were caused by record monsoon rains and have been referred to as “the worst humanitarian disaster in a decade”.

Following his visit to Sindh this week, UNICEF’s Pakistan Representative Abdullah Fadil said that the floods have impacted 16 million children in total.

The country’s National Disaster Management Authority (NDMA) has updated the death toll from the floods since mid-June to 1,545 people, 552 of them children.

Meanwhile, the total number of people injured by the floods has increased to 12,850, according to a report released by the National Disaster Management Authority (NDMA) report.

Further, it added that as many as 104,072 houses were damaged during the previous day and at least 8,252 heads of cattle were killed in flood-related incidents.

The country fears that floods have caused over $40 billion in economic losses and damages as the National Flood Response Coordination Centre (NFRCC) dismissed the initial assessment of $18 billion.