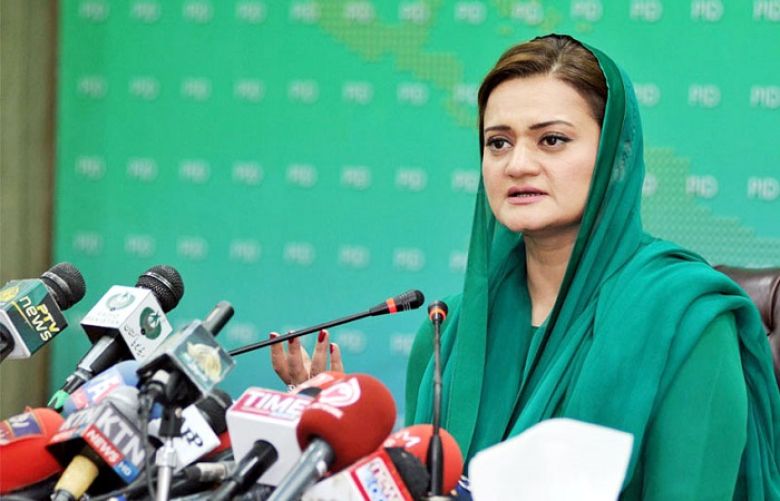 Minister for Information and Broadcasting Marriyum Aurangzeb on Tuesday castigating PTI Chairman Imran Khan said that he was unable to see the country and people submerged in floods as he only wanted to see himself back in power.

In a statement, the minister said that Imran Khan’s real problem was his personal ego, arrogance, self-righteousness, lust for power and corruption.

She said Imran Khan should first decide what was his problem foreign conspiracy, real freedom, Chief Election Commissioner (CEC) or NRO for corruption?

The minister alleged that the PTI leadership did not want real freedom, but an NRO for what she called their “real corruption”.

There was no foreign conspiracy, but they want NRO for their “real conspiracy of foreign funding”, she maintained.

Marriyum Aurangzeb said Imran Khan’s aim was not general election but closure of corruption cases against him.

She said Imran Khan was a sick, defeated mentality and a corrupt person who was a liar, egoist and selfish bigot who was asking for NRO in foreign funding of the PTI.