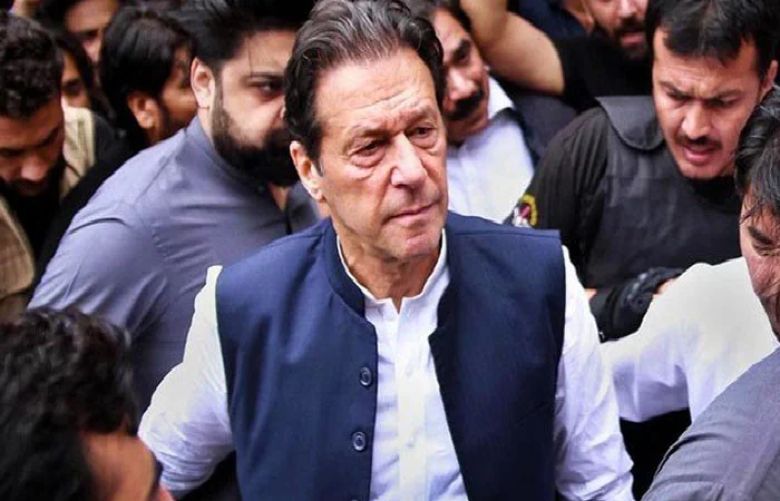 An Anti Terrorism Court (ATC) in Islamabad on Monday granted an interim bail extension up to September 20 to Imran Khan during a hearing of the terrorism case leveled against him after his anti-judiciary speech.

Pakistan Tehreek-e-Insaf (PTI) Chief Imran Khan appeared before the ATC to record his statement at 11am.

ATC judge had asked Imran Khan to appear before the court in person to face the trial as well as a probe by the case’s investigation officer within the court premises.

The former premier’s legal counsel Babar Awan implored the court to take notice of police reluctance in conducting an inquiry within court premises.

“Why is it insulting for the police to grill Imran Khan in the judicial complex?” Babar Awan questioned Special Prosecutor Raja Rizwan Abbasi.

He warned the prosecution that the court has the authority to take punitive action against the police for willfully obstructing legal proceedings and hiding evidence.

Though the judge seconded the opinion, he noted that the court cannot intervene in the investigation and therefore it is better for both parties to lock a location for interrogation on their own.