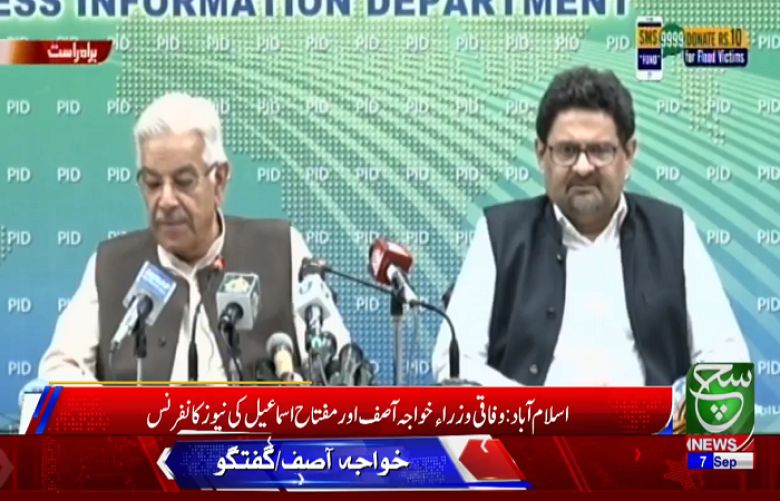 Minister for Defence Khawaja Muhammad Asif says no one has the right to defame state institutions.

Addressing a news conference in Islamabad on Wednesday alongside Finance Minister Miftah Ismail, he said it is highly objectionable to politicize the institutions like the armed forces of the country.

The Defence Minister said PTI Chairman Imran Khan has time and again tried to use the state institutions for building his political narratives.

He said Imran Khan first gives a controversial statement and then retracts from it by camouflaging it with excuses of contexts and merit.

Speaking on the occasion, Miftah Ismail said Imran Khan took the country to the brink of default.

He said the coalition government is struggling to revive economy, restore electricity and development projects which remained stalled during the last four years of Imran Khan's rule.