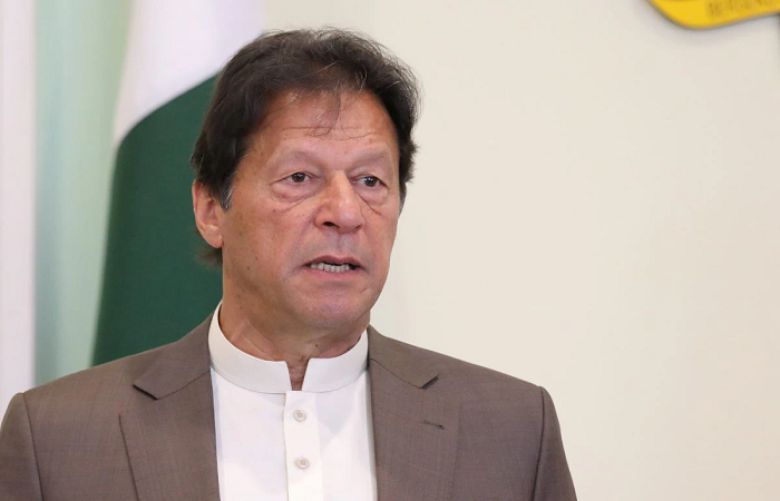 PTI Chairman Imran Khan has been granted bail on already submitted surety bonds. While police have also been directed to appear before court for the arguments in the next hearing.

Earlier today, the ATC summoned PTI Chairman Imran Khan at 12 noon in the terrorism case filed against him for threatening senior police officers and Additional Sessions Judge Zeba Chaudhry during a public rally in the federal capital.

As per details, Additional session Judge Raja Hassan Jawad heard the former premier’s interim bail petition in a terrorism case registered against him for allegedly threatening a female judge in a PTI rally held on August 20.

During the hearing, the court was told that four new sections 186, 504, 506, and 188 had been added to the First Information Report (FIR) against Imran Khan.

Imran’s lawyer, Babar Awan had prayed that the former premier should be granted bail for these charges. Later, he was also granted bail on these four new sections.

Earlier, Judge Raja Hassan Jawad asked about the threats being faced by Imran Khan. “It was the former premier’s responsibility to appear before the court after he obtained the bail,” he added.

PTI chief’s counsel Babar Awan said that the police have apprised the PTI Chairman of threats to his life. Meanwhile, the prosecutor demanded that Imran Khan should appear before the court.

After hearing the arguments, Judge Raja Hassan summoned Imran Khan at 12:00 pm and directed the authorities to restrict unrelated persons from entering the courtroom.

Strict security arrangements were made at the surroundings of the court.

It is pertinent to mention here that the former prime minister obtained bail from the anti-terrorism court (ATC) in a case where he is charged under terrorism law for a threatening speech against a female judge and Islamabad police officials.