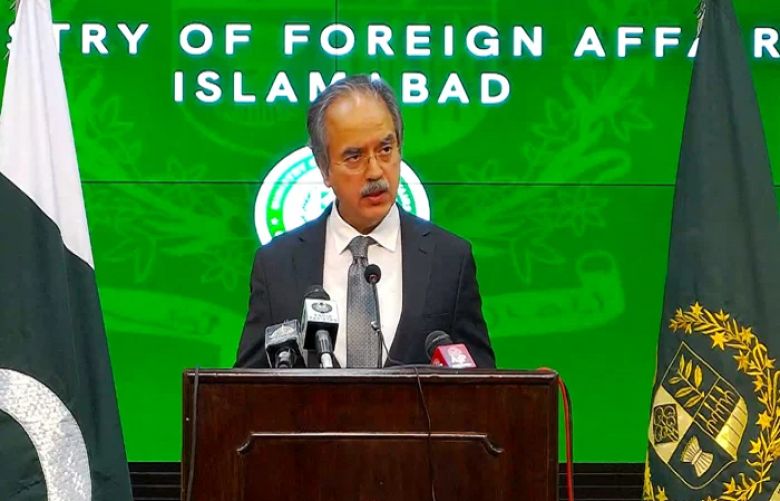 Pakistan has categorically rejected India's pre-poll rigging attempts in Indian Illegally Occupied Jammu and Kashmir (IIOJK) and called on the international community to take cognizance of its attempts at effecting illegal demographic changes in the region.

Foreign Office Spokesperson Asim Iftikhar said in a statement that: “The latest announcement of permitting even temporary residents in the occupied territory to register as voters is a clear manifestation of the treacherous Indian design to influence the outcome of so-called elections in IIOJK.”

He reiterated Pakistan's complete rejection of India's steps aimed at turning the Muslim majority in IIOJK into a minority.

“Despite its reprehensible measures that have followed the illegal and unilateral actions of August 5th, 2019, India will not be able to break the will of the Kashmiri people or to mislead the world community,” added Iftikhar.

The FO spox urged the Indian government to desist from all actions in IIOJK that violate international law, the UN Charter and the 4th Geneva Convention.

The statement comes days after the chief electoral officer of the occupied valley told reporters that more than two million new voters are expected to be enrolled in the region ahead of local polls due in November.

The new registrants could increase the voter count by more than a third, adding to the existing 7.6 million voters in the region.

"We are expecting an addition of (two to 2.5 million) new voters in the final list,” Hirdesh Kumar said, including non-Kashmiris living in the region.