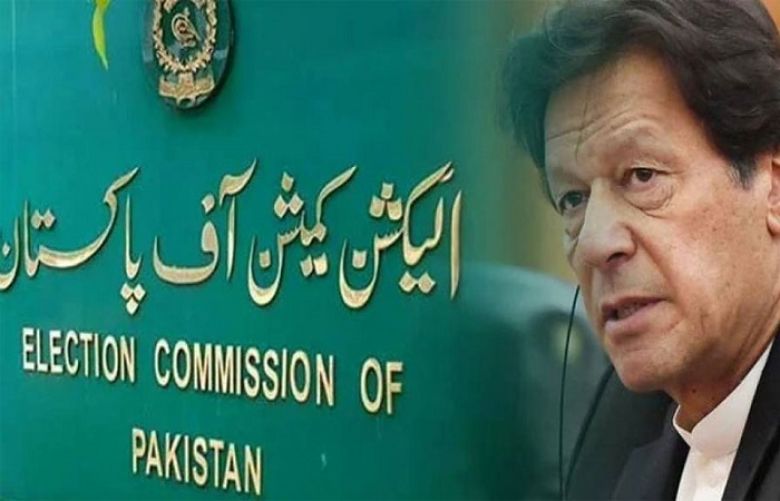 The reference was filed under Article 63 by Five government MNAs including Mohsin Shahnawaz Ranjha against the former Prime Minister. Lawyer Khalid Ishaq appeared before the ECP on behalf of the coalition government. Ali Zafar’s assistant counsel appeared as representative for PTI, while Barrister Ali Zafar could not come due to his busy schedule.

Ali Zafar’s assistant counsel said that Imran Khan is no longer a member of the assembly and the hearing should be adjourned.

On which the Chief Election Commissioner (CEC) remarked that the National Assembly Secretariat has not sent the resignation to the commission and therefore, Imran Khan is still MNA to ECP.

A member cannot be de-notified unless the resignations are approved and sent by the Speaker, added CEC.

After arguments were presented by the lawyers, the ECP adjourned the case till August 22 along with directing PTI’s counsel to provide the necessary documents.