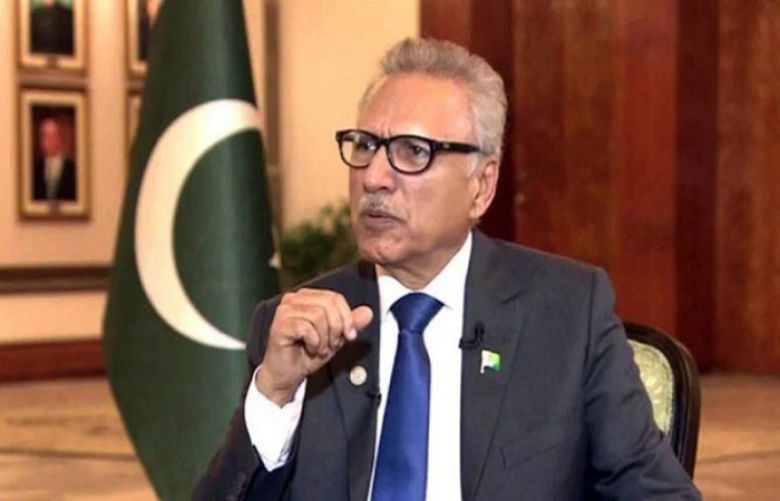 "Time and again, I have been telling politicians to not bring the armed forces under discussion," the president told journalists in Lahore.

The president stressed that the armed forces are responsible for the country's security and in light of their role, politicians should refrain from making the institution controversial.

"It was the armed forces' job to win the battle against terrorism; they should be respected," President Alvi said.

Gill has been charged under serious sections of the Pakistan Penal Code (PPC) after he had attempted to incite hatred within the Pakistan Army while speaking on a private TV channel.

The president noted that he was the constitutional head of all the country's institutions, and he respects all of them.

"There are talks of the appointment of the army chief and judges. For the judiciary, the chief justice has stated that there should be a standard; I agree with him," the president said.

CJP Umar Ata Bandial had recently proposed the names of five judges in the last Judicial Commission of Pakistan's (JCP) meeting, however, they were rejected altogether — and controversy has emerged since then