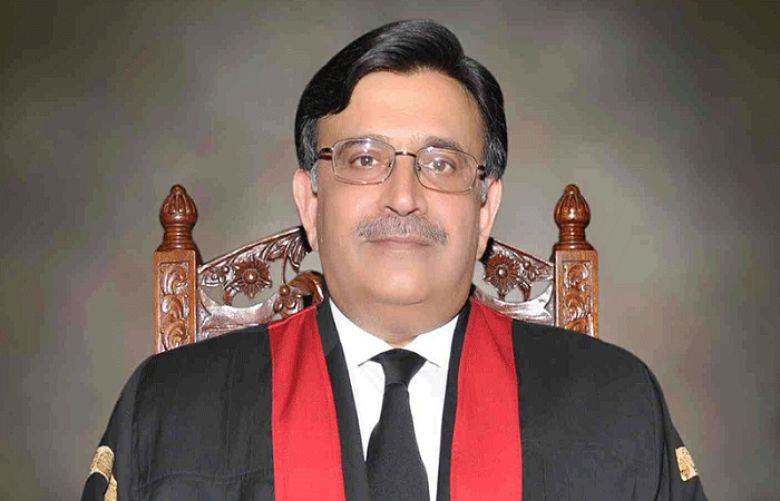 Chief Justice of Pakistan (CJP) Umar Ata Bandial on Friday observed that elections themselves were a form of accountability as he sought further arguments on a petition filed by PTI chief Imran Khan challenging the recent amendments to accountability laws.

The Nati­onal Accountability (Second Amendment) Act 2022, which was passed by the National Assembly and Senate, earlier this week, has been criticised by the opposition PTI as an attempt by a government facing serious graft charges to defang NAB.

The CJP regarded described polls as a measure of “political accountability” in which voters hold their representatives answerable, while Justice Ahsan said that the court has to see if NAB laws violate the fundamental rights of the people.

At the outset of the hearing today, Additional Attorney General Amir Rehman said that Advocate Makhdoom Ali Khan had been nominated as the federal government’s counsel in the case after which the court granted him permission to present his arguments.

Taking the stand, Makhdoom said neither the bar councils nor civil society had raised any objections to the NAB amendments.

Here, Imran’s lawyer Khawaja Haris pointed out that the Islamabad Bar Council had challenged the law in the high court.

Makhdoom said that efforts were being made to turn the Supreme Court into the “third chamber” of parliament. “Several NAB cases have been fought [over the years]. The honourable judges know what happens in the assets-beyond-means cases.

“Should we just believe that before 1999 the country was mired in corruption and there was no progress,” he asked, arguing that the economy today is in a difficult situation. “Nowadays, investors have stopped investing [money].”

The lawyer said that the president, instead of approving the NAB law, had sent a letter to PM Shehbaz Sharif, which included suggestions regarding the amendments. “We have made the letter part of the case too,” he stated.

Makhdoom said that Imran should be asked why he was opposing the amendment now when he himself was in favour of them earlier. “If this is a political strategy, he should use another forum instead of the court,” he contended.

To this, Justice Ahsan said that the court is not seeing who introduced the law, but whether it violates fundamental rights.

“Also tell us how NAB contributed to the economy,” Justice Shah asked.

The chief justice also remarked here that the economy was at the brink of collapse today. “The court also has to look at the public interest,” he said.