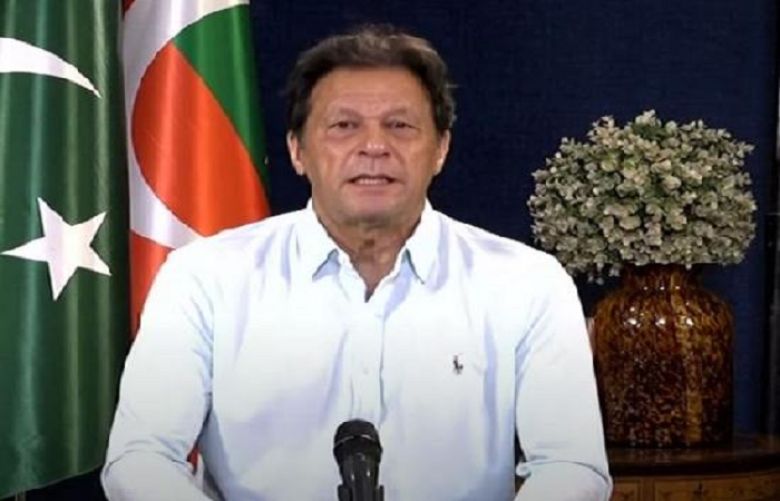 Former prime minister and PTI Chairman Imran Khan Thursday explained the meaning of foreign funding, stating that according to the verdict of the Election Commission of Pakistan (ECP), donations collected from overseas Pakistanis is considered foreign funding.

Addressing his party workers present at the F9 park through a live video link, Khan said that no law prohibits political parties to collect money from overseas Pakistanis. “PTI collected money from companies in 2017 and the law prohibiting this action was formulated in 2017; therefore, no law has been violated,” he said, adding that this is not foreign funding.

Khan had called a “peaceful protest” outside the ECP headquarters today in the federal capital following the body's verdict related to the party's prohibited funding case.