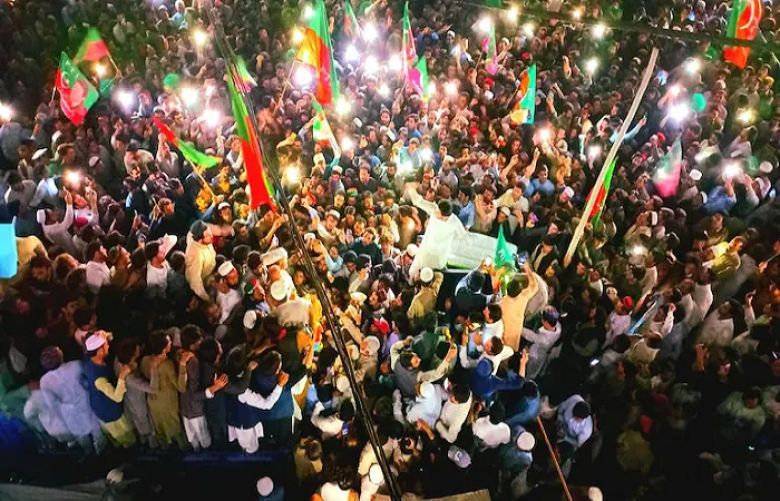 Decked in red and green scarves and bands, the crowd chanted slogans against the electoral body and demanded the resignation of all its officials.

The protest comes after ECP passed its verdict in the PTI prohibited funding case. In the August 2 judgment, it had declared PTI to be a “foreign-funded party”.

Imran and his party members had rejected the decision, calling it “illegal and unconstitutional”.

Earlier today, PTI lawmakers made their way through barbed wires and barricades to reach outside the Election Commission of Pakistan’s office in Islamabad and registered their protest against the electoral body.