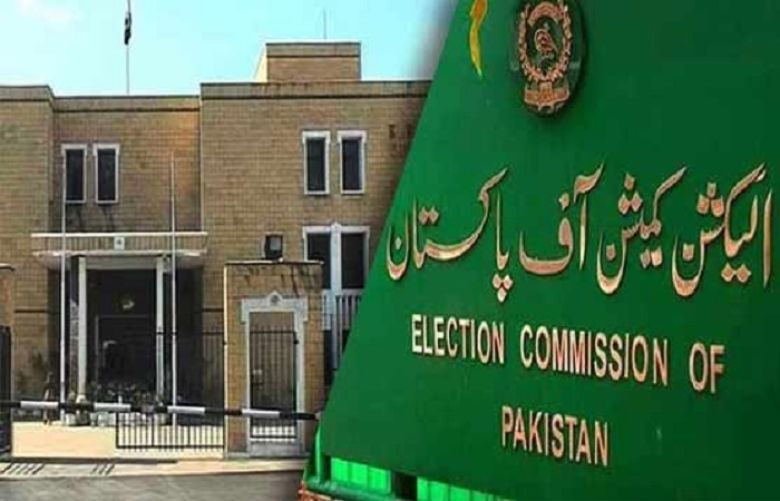 The Election Commission of Pakistan, in a unanimous verdict on Tuesday, said it has found that the PTI received prohibited funding.

In addition, PTI took funds from an American businessman, the ECP said.

Unknown accounts have also come to light, said the commission in its verdict, adding that hiding accounts is a "violation of the Constitution".

The case was earlier referred to as the "foreign funding" case, but later the election commission accepted the PTI's plea to refer to it as the "prohibited funding" case.

The ECP on Monday released the cause list for the case. The cause list showed that the verdict will be announced by a three-member bench led by Chief Election Commissioner (CEC) Sikandar Sultan Raja — who arrived early in the morning at the office.

The decision to announce the verdict comes after a Financial Times exposé revealed that the PTI received funding from Wootton Cricket Club belonging to Abraaj founder Arif Naqvi. The funds were generated through a charity match and an Arab personality also pitched in a large sum of money.

The FT report provided ammunition to the Pakistan Democratic Movement (PDM), and they demanded an early announcement of the verdict — in the case which was filed in 2014 by PTI founding member Akbar S Babar.

The commission announced the verdict in a case filed by PTI founding member Akbar S. Babar which had been pending since November 14, 2014. The verdict, which was reserved on June 21, was expected at 10am but was delayed by almost half-an-hour.

On Tuesday, the three-member ECP bench comprising Chief Election Commissioner Sikander Sultan Raja also ruled that the party received funds from business tycoon Arif Naqvi and from 34 foreign nationals. It said that the party had taken ownership of eight accounts and kept 13 hidden.

The ECP decided to issue a show-cause notice to the PTI to explain why the commission should not seize the funds it received.

The security in Islamabad’s ‘red zone’ was put on high alert ahead of the ECP’s verdict. It has been decided to deploy 1,000 police personnel in the area, and the anti-riot force will also remain in the red zone. Unrelated persons will not be able to enter the Red zone.

As time for the verdict drew closer, footage broadcast on television showed Islamabad police with riot shields standing outside the building as staffers can be seen unrolling spools of concertina wire.