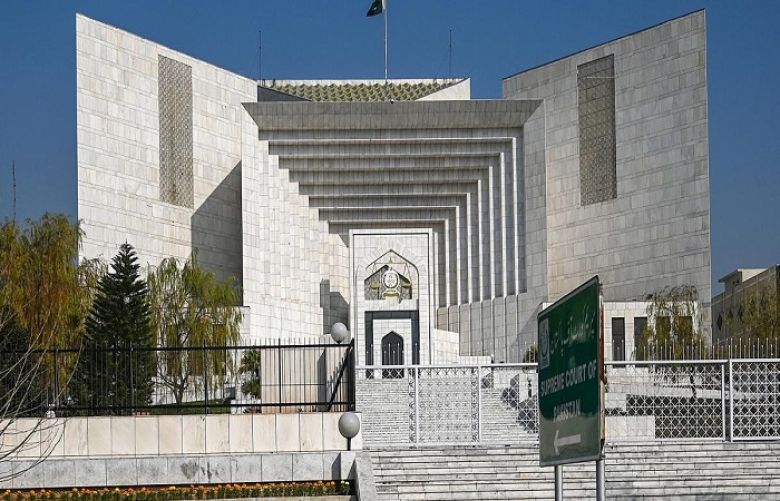 CJP Bandial presided over the judicial commission's session, where a total of five judges, two from the Sindh High Court and three from the Lahore High Court (LHC), were considered.

However, according to sources, their votes were less as Justice Qazi Faez Isa, Justice Tariq Masood, Attorney-General Ashtar Ausaf Ali, and Law Minister Azam Nazeer Tarar voted against all the five nominees.

Upon receiving five votes against the nominees, the chief justice ended the session without reaching a decision, sources added.

Had they been approved, then in line with Article 175-A of the Constitution of Pakistan, the JCP would have forwarded the list to the parliamentary committees for the appointment of judges to the Supreme Court.

Just two days before the JCP session, senior puisne judge Justice Isa had written a letter to the commission, seeking postponement of today's meeting, stating that the matter "requires utmost care and due deliberation as it is a matter of extreme delicacy".

The justice has severely criticised CJP Bandial for scheduling the meeting at such a time when he (Isa) is not able to physically attend the meeting as he is currently on leave abroad.

Addressing the chief justice he said: "CJ please do not ridicule the JCP and your nominees by contravening the Constitution. The JCP deserves to be treated with respect and consideration by its Chairman."

"Therefore, I request that the JCP meeting should be postponed. Instead, let us first meet to consider how to proceed further in the matter. And, if Chief Justice and senior puisne judges of the high courts are to be bypassed then to first develop for consideration of the JCP criteria for nominees since the then senior most judge failed to accomplish the task assigned to him," Justice Isa wrote.

Apart from this, bar associations of all the provinces, representatives of the Supreme Court Bar Association of Pakistan, Pakistan Bar Council, and other bars opposed the elevation of high courts' junior judges to the apex court.

The demand came during a meeting of the bars on the same day. They sought amendments to Article 175-A and Article 209 for unifying the forum for the appointment and dismissal of judges.