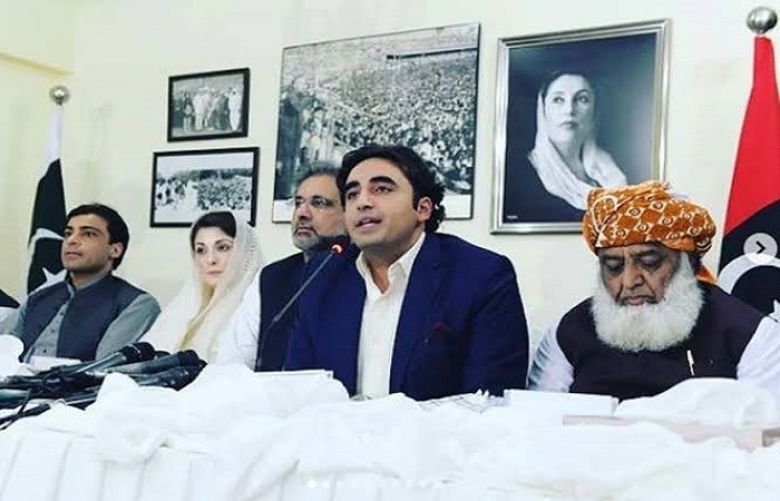 Leaders of the coalition government announced to boycott the court’s proceedings after the Supreme Court rejected the plea seeking the formation of a full court bench in petitions related to the Punjab chief minister’s re-election.

The coalition parties opted to boycott the court’s proceeding after a three-member bench comprising Chief Justice Umar Ata Bandial, Justice Ijazul Ahsan, and Justice Munib Akhtar turned down the government’s request for constituting a full court to hear the pleas regarding election of the Chief Minister of Punjab.

The PDM chief said that they would not appear before this bench for this case and will boycott it.

“If the full court is rejected, we also reject this decision of the judiciary, we will not appear before this bench and we will boycott the case,” he added.

Fazl said that the coalition govt did not want any interference in its affairs that impacts the administrative functioning, adding that the incumbent government, given mandate by the people, was not being allowed to function properly.

The PDM chief said that the proposal for the formation of the full bench was given to restore the public’s trust in courts but the courts should also assess their role and hold themselves accountable as well.

Fazl said the government wanted to fortify the judiciary but the decisions should speak themselves.

Speaking on the occasion Foreign Minister Bilawal Bhutto Zardari stressed that only three judges could not decide the destiny of the nation.

Former prime minister and PML-N Vice President Shahid Khaqan Abbasi, while addressing the press conference, said it was a “test” for the Supreme Court as it was a requirement of justice that a judge or bench recuse themselves from a case in which fingers were raised on them.

“This is done in every court in the world where there is rule of law and the constitution,” he said.