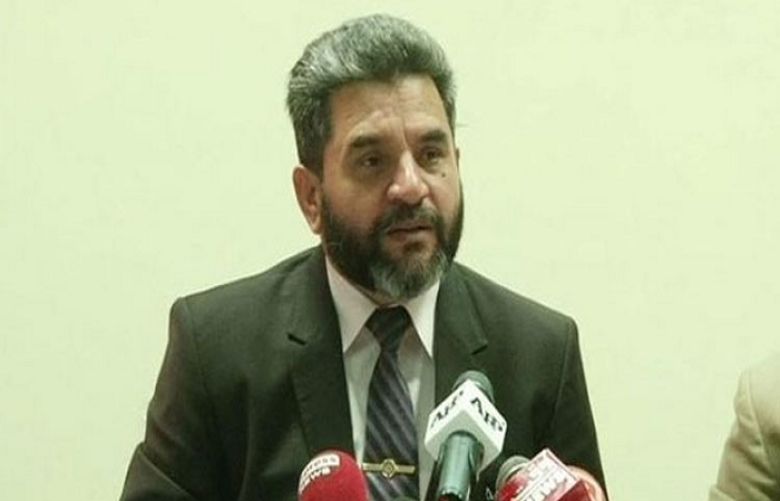 The ongoing tussle between the Public Accounts Committee (PAC) and the National Accountability Bureau (NAB) on Tuesday worsened when the chairman of the former expressed his displeasure over the latter challenging its mandate in the Islamabad High Court.

During a meeting of the PAC, its chairman Noor Alam Khan while hinting at taking action under Article 6 against those NAB officials who had not declared their assets or presented the record of closed cases, issued notices to the anti-graft body’s acting Chairman Zahir Shah and  Lahore Director General Shahzad Saleem to appear before it on Wednesday (today) at 1pm. He also directed that if they did not appear before the committee, police should take them into custody and present them before the body.

Earlier in the day, the NAB acting chairman moved the IHC against the PAC, arguing that the committee issuing  notices was beyond its jurisdiction.

The PAC chairman remarked that if the accountability courts considered the public spending watchdog to be an ineffective body, it should tell the parliamentary committees to wrap up and go home, adding that NAB officials were trying to evade accountability.

He also said the PAC would take action against the NAB acting chairman and Lahore DG under Article 201 of the Constitution.

Article 201 reads: Subject to Article 189, any decision of a High Court shall, to the extent that it decides a question of law or is based upon or enunciates a principle of law, be binding on all courts subordinate to it.”

The PAC chairman noted that the NAB Lahore DG had sent a letter to the PAC over the case of a woman named Tayyaba Gul, who had accused the former chairman of the anti-graft body, Justice (retd) Javed Iqbal and other officials of harassment and also presented video evidence.

He added that the matter was related to corruption and he would summon all the NAB officials involved in it.

“I can’t understand why NAB officials are trying to run away from accountability?” he questioned.

Noor observed that the PAC had no personal grudge against anyone but it would take action against any public-office holder involved in corrupt practices.

“The PAC can hear public petitions under Article 201,” he added.

PAC member Sheikh Rohail Asghar from the PML-N said during the meeting that the committee could listen to matters pertaining to corruption but the background of the Tayyaba case also  needed to be taken into account.

“it needs to be asertained whether that woman and her husband are involved in corruption or not. It’s easy to taint a person’s reputation,” he added.

The issue related to the sports channel of a private TV media group was highlighted by the committee member Wajiha Qamar in the committee.

The information secretary told the PAC that a fact-finding committee was formed on the matter of PTV sports channel.

On the findings of that committee, the matter was sent to the Federal Investigation Agency (FIA). Wajiha would be provided with the details of how the copyrights of the PTV were given to a private channel. A report has been requested from the auditor general of Pakistan in two days.

Noor noted that irregularities had been identified in this matter and the inquiry report of the fact-finding committee should be submitted to PAC.

Earlier, the NAB acting chairman had moved the IHC against the PAC, clsim7ng  that the committee was acting beyond its jurisdiction.

The petitioner made the NA  parliamentary affairs secretary, PAC chairman and others as respondents in his plea.

The IHC registrar fixed the acting chairman’s petition for hearing on Wednesday, despite objections. A single-member IHC bench headed by acting IHC Chief Justice Aamer Farooq will hear the case.

The petitioner said the PAC had exceeded its jurisdiction in its meeting on June 24 and requested the court to declare the minutes of the committee’s meeting released on July 7 as null and void.

The petitioner also asked the court to restrain the PAC from any action against him until the court gave a verdict in the case.

Earlier, the NAB Lahore DG had also challenged the notice issued to him by the PAC in the Tayabba  harassment case before the IHC.

The official had made the federation, PAC, and others as respondents in his plea.

The petitioner had claimed his summoning along with the ex-NAB chairman raised a lot of questions about the PAC chairman’s impartiality.

“It cannot be ruled out either that the committee chairman member of the National Assembly (MNA) Noor Alam Khan might have himself asked the woman to file the complaint against me and the ex-NAB chairman only for his own vested interest because he is already facing an inquiry by the bureau,” the petition had read.

Tayabba has sought permission to become a respondent in the petition filed by the NAB Lahore DG against the notice issued by the PAC.