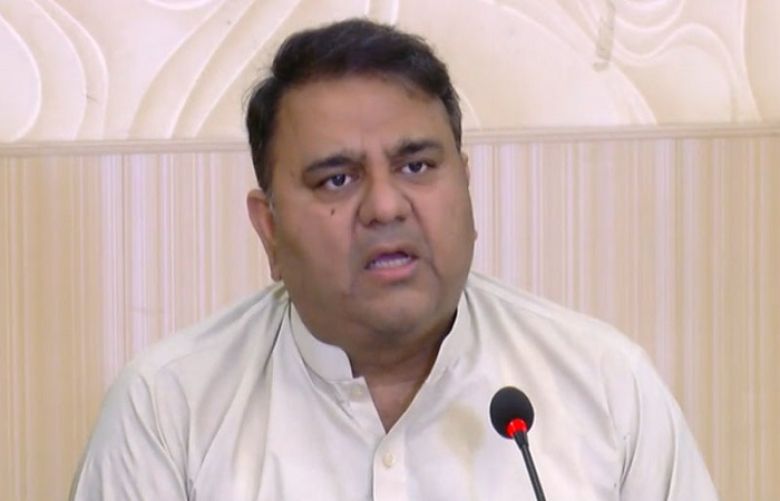 Imran has embarked on a whirlwind campaign ahead of the by-elections in Punjab. From July 7-15, he is expected to address dozens of public gatherings. He has also held several in the past few weeks.

On Tuesday, he had fired off a warning that he would be forced to "reveal everything" about the characters involved in the alleged conspiracy to oust his government if harassment of him and his party did not cease.

Addressing a press conference in Islamabad today, PTI leader Fawad Chaudhry alleged that "threatening calls" were being made, adding that Imran's pilots were receiving calls from "unknown numbers".

He also played a clip of the alleged call, holding his mobile phone close to the microphones on the table where he was sitting and terming the development as "unfortunate".

In the clip Fawad played, a male voice can be heard asking the receiver of the call to delete what is presumably a social media post. "You will be picked up by 5pm tomorrow," the unknown caller can be heard saying.

Fawad reiterated that this was "unfortunate", expressing the hope that the relevant authorities would investigate this.

"There are only two big [security] agencies," he said. Fawad said that recently, Chief of Army Staff Qamar Javed Bajwa and the "DGI" had issued orders for their institutions to stay away from "such matters".

"I am hopeful these directives will be implemented. If people from the Intelligence Bureau (IB) are doing this, then I would urge their head to look at their institution."

He alleged that "calls from unknown numbers are made by two institutions".

"These calls from unknown numbers should stop. People have the azadi of free will.

He noted that martial law had been imposed in the country four times but had also subsequently ended.

"If you think you can rule over Pakistan on the basis of power, this doesn't happen here. There will be retaliation, the people will stand up."

Fawad said that the "current peace" should be allowed to prevail, adding that holding early elections was the only way to rid the country of political instability.