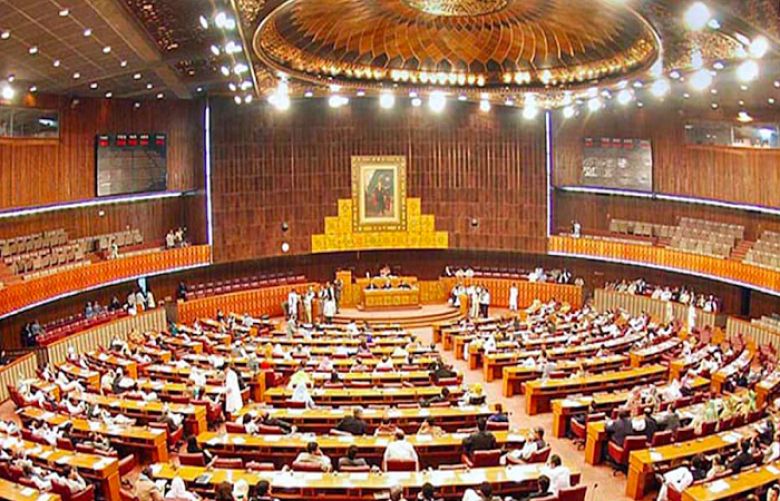 The military on Tuesday secured the nod of the Parliamentary Com­­m­ittee on National Secu­rity’s for peace talks with the banned Tehreek-i-Taliban Pakis­tan (TTP) after conceding to the Pakis­tan Peoples Party’s demand for the process to be overseen by a parliamentary committee.

“There was nearly a consensus that the talks should be held except for opposition by head of National Democratic Movement Mohsin Dawar,” one of the participants of the meeting told media.

The Prime Minister Office, in a statement on the meeting, mea­nwhile, said: “The Parliamentary Committee on National Security formally approved the process of negotiations and approved the formation of a ‘Parliamentary Oversight Committee’.”

The parliamentary blessing for the process, which had for a large part been exclusively run by the military in complete secrecy, is being seen as a major endorsement of the controversial negotiations with the outlawed group that is responsible for the loss of nearly 70,000 lives in the country.

Lawmakers told negotiations being held for ‘strengthening regional and internal peace’, bringing conflict to an end

Negotiations with the TTP began in October last year on the demand of the Afghan Taliban, but broke down soon afterwards. The process was secretly revived in April after the TTP mounted a series of attacks on security forces and eventually a ceasefire was clinched. Currently, a three-month truce is being observed, while the talks are continuing.

Lately, the negotiations ass­umed a more public profile with the participation of tribal elders, some Pashtun politicians, and clerics.

The lawmakers were told by the military and intelligence officials that the talks with the TTP were being held for “strengthening regional and internal peace”. “It is an opportunity for bringing the conflict to an end,” the political leadership was told.

There was also a long list of about 62 special invitees, including JUI-F chief Maulana Fazlur Rehman and Jamaat-i-Islami emir Sirajul Haq, chief ministers of the four provinces and Gilgit-Baltistan, the president and prime minister of AJK, special envoy for Afghanistan and other key parliamentarians.

This meeting followed an earlier briefing by the military leadership on TTP talks for the parliamentary leaders at the PM House on June 22.

The demand for a parliamentary committee for monitoring the talks was made by PPP chairman and Foreign Minister Bilawal Bhutto-Zardari.

The military leadership accepted that in line with the commitment given to the leaders of political parties at the last meeting that no extra-constitutional concessions would be given to the TTP in the ongoing dialogue and any deal made with the group would be subject to the parliamentary approval.

In the talks, the TTP has demanded withdrawal of security forces from the erstwhile tribal areas, annulment of the 2018 merger of tribal agencies with Khyber Pakhtunkhwa, release of its fighters and compensation for the damages it suffered.

Pakistani authorities are, meanwhile, asking for disbanding of the banned organisation, laying of arms, and respect for the Constitution.

The PCNS was told that there could be no compromise on the merger of erstwhile tribal areas, respect for the Constitution, and disarming of the group. These were described as Pakistan government’s ‘red lines’.

An impression was given to the parliamentary leaders that the TTP had softened its position on these three issues.

A general amnesty is planned to be announced for TTP militants once a deal is reached.

The political leaders were informed that in case of a deal, up to 30,000 TTP militants and their family members are expected to return back to Pakistan.

Some members asked about the leverages enjoyed by the government in the talks. They were told that those were mostly economic.

On being reminded about the failed peace agreements of 2008 and 2009, the military leaders said the option of kinetic action remains very much on the table in case the militants backtrack after concluding the deal.