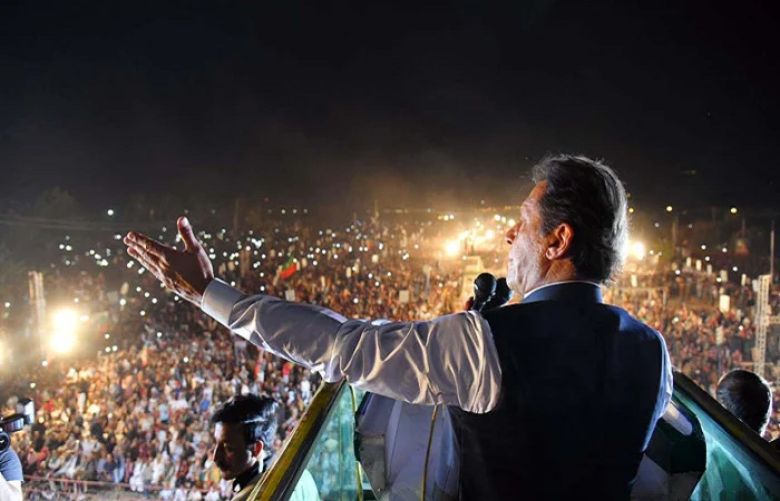 PTI Chairman Imran Khan Saturday said that he did not come out to fight against the institutions in the country or to spread anarchy but to tell everyone that the nation will not accept the "imported government".

Addressing a jalsa at the federal capital's Parade Ground after leading a rally from Rawalpindi, the former prime minister said that he did not protest against the coalition government on May 26 because he knew no one would come out after what transpired during the “Azadi March”.

Talking about the clashes that took place between the police and the party supporters, Khan said that he knew that there would be anarchy if he took to the streets to protest.

"I had set out for one reason, and that was to [show] all the institutions where nation is standing and what it wants and that it will never accept these thieves," claimed the PTI chairman.