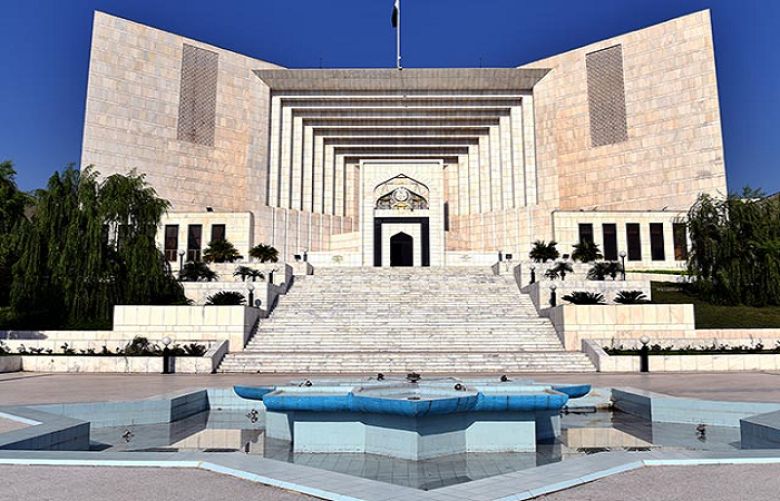 The Supreme Court on Saturday appreciated the political leadership’s “positive” attitude in resolving the re-polling issue for the election of the chief minister of Punjab.

“…we wish to record our appreciation regarding the positive and constructive attitude adopted and the role played not only by the top leadership of three political parties involved in the dispute but also by the respective learned counsel,” the SC said in a 10-page detailed order, penned by Justice Ijazul Ahsan, who was part of the three-member bench, which included Chief Justice Umar Ata Bandial and Justice Jamal Mandokhail.

In its verdict a day earlier, the apex court announced that the re-election for the Punjab chief minister’s slot would be held on July 22 — after the provincial government, PTI, and PML-Q reached a consensus.

The PTI had filed a plea in the top court seeking the annulment of the Lahore High Court's (LHC) decision that had ordered the governor to hold a re-count for the Punjab CM's slot on Friday at 4pm.

During yesterday's hearing, Punjab Assembly Speaker Pervez Elahi — a contender for the CM's slot — had initially agreed that Hamza Shahbaz could remain the chief minister till July 17, but the PTI disagreed.

In a bid to break the deadlock, the top court directed Elahi to speak to PTI Chairman Imran Khan and come up with a solution — as it adjourned the hearing for a third time.

After the hearing resumed, all the parties agreed that Hamza would remain the chief minister till the re-election — on July 22.

In the detailed order, the apex court said that after all the parties had assured the court that they would ensure the constitution is upheld, it decided to amend the LHC order — extending the date for the election to July 22.

The order mentioned that the election will take place in the Punjab Assembly Building at 4pm in line with the suggestions by the provincial assembly speaker, Pervez Elahi and, consented by CM Punjab Hamza and Babar Awan, who was representing Leader of the Opposition in the Punjab Provincial Assembly Sibtain Khan.

The order noted that till the time of the re-election, Hamza, in line with the constitution, has “undertaken before the court that he and his cabinet shall exercise the powers and function their offices strictly in fiduciary capacity” to support the process of by-election — slated for July 17.

“…such commitment to act as trustees is meant to fulfil the duty of care towards citizens of Punjab so that they are not deprived of due representation and governance, and to avoid any constitutional vacuum, anomaly or complication,” it stated.

The order said that the process of the by-elections shall be completed as per the schedule already announced by the Election Commission of Pakistan (ECP).

The court said that the ECP as well as all relevant state functionaries shall ensure that all parties follow the election laws as well as the code of conduct issued by the ECP in their letter and spirit.

It asked them to refrain from any interference, inducement, or influence in the affairs of the executive, the local administration, the ECP, etc., or indulge in corrupt and illegal practices.

The court issued directives that state machinery should not be used in the process of by-elections to harass and intimidate opponents.

“No transfers or postings of officials of the local administration, police, provincial election commission, etc shall be undertaken in order to ensure fairness and transparency of the election except in accordance with specific provisions of the Election Act, 2017 and the Code of Conduct to meet emergency situations,” it said.

The order said that Elahi has given categoric assurance that all matters relating to the business of the assembly shall be handled and dealt with peacefully, impartially and transparently within the assembly chambers and its relevant offices in accordance with the Constitution, the law and the rules.

In addition, all parties, including Hamza, have categorically assured and stated that a peaceful and congenial atmosphere will be maintained not only during the poll but also in the proceedings in the provincial assembly.

“We expect that such undertakings and assurances shall be honoured and implemented,” it said.

“It is unreservedly and categorically agreed and undertaken by all parties before us that it is the constitutional, legal and moral responsibility of all political parties and their members/candidates involved in by-elections and the subsequent voting in the provincial assembly to abide by the ECP Code of Conduct and the Rules of Procedure of the Provincial Assembly and the norms/conventions of the parliamentary conduct.”