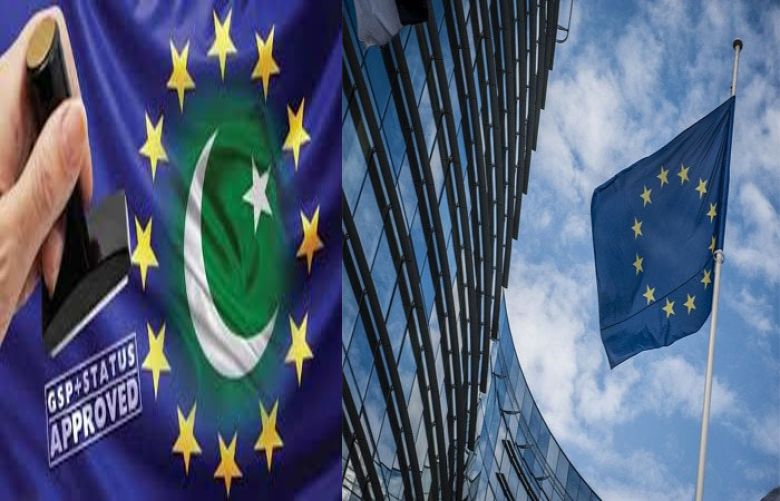 Islamabad has decided to expedite engagement with the EU to seek some waiver regarding the ratification of new protocols.

The GSP is an entrenched trade and development policy instrument, which is in place since 1971. Pakistan is a major recipient of the GSP+ scheme for the last seven years.

There is zero duty on several products under this status which is set to expire on December 31, 2023.

Under the current GSP+ system, the EU continues monitoring the progress made by the beneficiary countries towards the implementation of 27 international conventions.

Since the beneficiary countries will have to re-apply for the scheme’s extension, their record of compliance is given due consideration.

Sources told The Express Tribune that the EU Parliament had proposed additional conventions for the new GSP+ scheme (2024-34). These conventions include the Rome Statute of the International Criminal Court (ICC) – Individual complaints against State party in ICC – and First Optional Protocol to the International Convention Civil and Political Rights (ICCPR) – Individual complaints against State party in ICCPR-UNHRC.

There is also a second optional protocol to the ICCPR which bounds a country to abolish the death penalty. Sources maintained that Pakistan had not ratified any of the conditions.

The attorney general’s office is of the view that ratification carries several legal and political implications.

Prime Minister Shahbaz Sharif will engage with the presidents of the council and the commission to seek a waiver to the conventions. The Pakistani side will take up the matter with an EU delegation that is visiting the country and with the EU Parliament.

The minister for commerce and the commerce secretary have been tasked to take up the matter with relevant Members of European Parliament (MEP) and chairs of key EU Parliamentary Committees meetings.

The matter will also be taken up with ministers from Germany, Netherlands, Belgium and France to seek some relaxation in new GSP Plus scheme.

Meanwhile, taking stock of the progress made on the nine priority areas for the fourth biennial review of GSP Plus, PM Shehbaz asked the chief secretaries of the four provinces to brief the cabinet via video link.

The chief secretaries were asked to apprise the cabinet about the progress made especially on child labour laws, strengthening of labour inspection regimes, implementation of Nationally Determined Contributions (NDCs of Climate Change) and hazardous waste management policies.

It was observed that substantial progress had been made in each priority area. The chief secretaries termed the progress on legislative matters satisfactory.

The Sindh chief secretary maintained that the enforcement of labour inspection regime needed some improvement, which was being focused upon.

Minister for Climate Change Sherry Rehman disagreed with the contention that hazardous waste management issue had been resolved. She said the EU delegation that recently met her had stated that only around 30 per cent of hazardous waste was being managed properly.

The human rights minister endorsed Sherry’s viewpoint and recommended early policy formulation in this regard. The minister for maritime affairs focused on hazardous waste, which was finding its way into the waterways and sea and destroying the marine life.

The minister for poverty alleviation and social safety stressed the provision of safety equipment to waste management workers.

The foreign minister, minister of state for foreign affairs and the foreign secretary called for security implications of GSP Plus in terms of economic security. They expressed the resolve that the Ministry of Foreign Affairs would fully support the effort.

However, it would require a national effort and persistent engagement with the EU to achieve our goals, they said.

The Commerce Division said that a comprehensive plan had been chalked out and was being Implemented, including business-to-business (B2B) and business-to-government (B2G) engagements and initiation of a second round of engagement with the EU stakeholders.

The cabinet members also noted that focal business associations had been encouraged to lobby at EU. Another key initiative would be strengthening of TIC by establishing a National Compliance Centre (NCC), which would be a professional institution that would work round the year on handling compliance matters.

The cabinet considered the presentation made by the Commerce Division on the status of ongoing GSP Plus scheme and preparatory work for the revised scheme.

It decided that the commerce minister would lead the effort with the help of relevant ministries and provincial governments, under the premier’s guidance, to ensure continuation of the GSP Plus dispensation for the next phase.