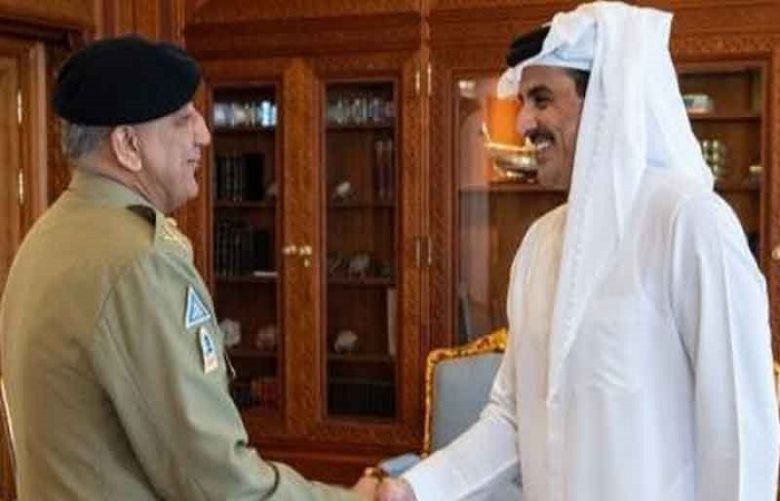 File photo Pakistan-Qatar ties being transformed into an enduring partnership

Army chief General Qamar Javed Bajwa said on Thursday that Pakistan and Qatar’s ties, which are based on the “deep spirit of brotherhood,” are being transformed into an enduring partnership.

It said that matters of mutual interest, defence and security cooperation, and regional environment were discussed during the meeting.

“Both countries share a great history of cordial relations and a deep spirit of brotherhood, which are being transformed into an enduring partnership,” said Gen Bajwa.

The ISPR said that both sides underscored the importance of further enhancing cooperation in all fields.

The Qatari officials also appreciated Pakistan’s continuous efforts for peace and stability in the region and pledged to keep working for better relations between the two brotherly countries.