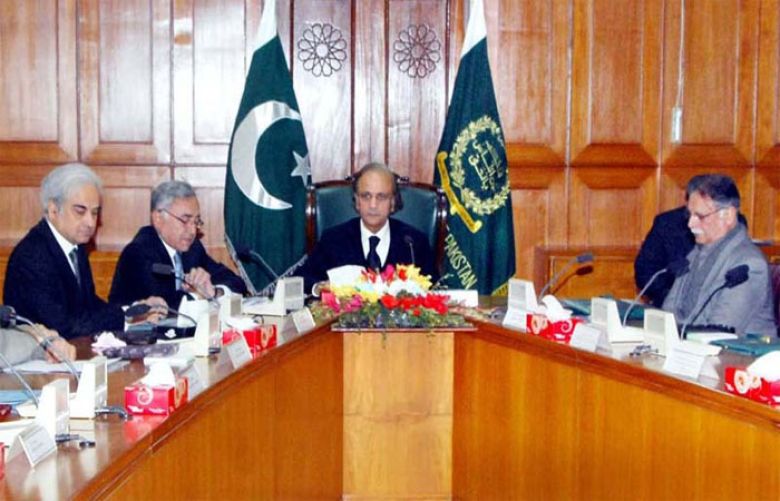 The marathon session of the Judicial Commission of Pakistan (JCP) postponed further deliberations with an understanding to reconvene after the commission’s rules committee comes out with a clear appointment criteria. The commission met on Tuesday to consider elevation of seven judges to the Sindh High Court.

The five-hour session, held in a conducive environment, was presided over by Chief Justice of Pakistan (CJP) Umar Ata Bandial through a video link from his residence. Senior puisine judge Justice Qazi Faez Isa participated from Spain.

Attorney General for Pakistan Ashtar Ausaf could not attend as he was reportedly unwell while Sindh Chief Minister Murad Ali Shah was in attendance in his capacity as the provincial law minister.

The next JCP meeting is expected to be held in the first or second week of August since some commission members had to proceed for Haj and the rules committee would have met by then.

The JCP met a day after Justice Isa’s three-page letter in which the senior puisine judge had taken exception to the calling of the meeting with a suggestion that it should be postponed until the scheduled vacations of the court were over.

“Let us be allowed to do our constitutional duty properly and with due deliberation,” Justice Isa had observed.

On June 23, a JCP member from Sindh, Syed Haider Imam Rizvi, had written a letter to the CJP, highlighting the need for expediting rule-making and settling transparent, consistent, well-defined appointment criteria since the vague and overly-broad qualities such as competence, integrity, capacity and temperament were not sufficient.

Syed Rizvi had also reiterated that all JCP members should be allowed to propose nominees for elevation as judges of the high courts.

This will help prevent the possibility of a single individual making a mistake in the selection of candidates, Mr Rizvi said, regretting that despite last year’s hue and cry, no step was taken to amend JCP rules to make the nomination process more transparent and inclusive.

Another JCP member, Akhtar Hussain, had written a letter to the Supreme Court chief justice on May 20 in which he requested reconstitution of the meeting of the Judicial Commission of Pakistan (JCP) Rules Committee on urgent basis in order to formulate and finalise the criteria for appointment of superior court judges as soon as possible.

The member had also suggested that the rules committee meeting should be headed by senior puisine judge Justice Qazi Faez Isa, adding that there appeared to be a consensus that some objective criteria for the appointment of judges in the superior courts should be laid out in which emphasis should be given on the seniority principle.

Last time the rules committee met was in March 9 during which the CJP had expressed the desire of maintaining objectivity in the process of appointing judges.

He had stressed the need for pursuing the task of setting out criteria, which should not be complicated rather simple and straightforward to make assessments, evaluations and selections of judges for appointment to the high courts and the Supreme Court.

Meanwhile, former Senate chairman Raza Rabbani, in a press statement on Tuesday, highlighted the need for revisiting the JCP rules and formulating seniority-cum-fitness criteria. Besides, multi-dimensional appointment criteria should be put in place so as to reflect the federal diversity, he added.