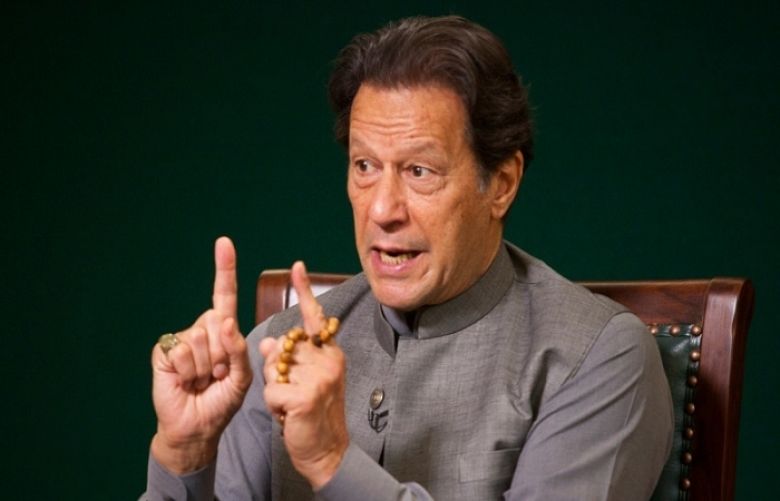 Former prime minister and PTI chairman Imran Khan on Saturday approached the Supreme Court to challenge the coalition government's recent amendments to the National Account­ability (NAB) Ordinance, contending that they will "virtually eliminate any white-collar crime committed by a public office holder".

The changes were criticised by Imran and his party, with the PTI chairman saying the move would destroy the country. The ruling coalition, however, contended that graft cases against the PML-N leadership would continue, with Shahid Khaqan Abbasi saying it was not intended to end corruption cases against them.

The bill, along with the one on election reforms, was passed by the National Assembly and Senate last month. After its approval from both houses, the president's assent was required for it to become law.

However, Alvi sent back the bills, following which the government convened a joint sitting of the NA and Senate, which approved them. Alvi again refused to sign them, terming them "regressive", and sent them back. But procedurally, 10 days after a joint sitting passes a bill, it is considered law even if the president refuses assent.

In the petition filed today, the ex-premier named the Federation of Pakistan through its secretary Law and Justice Division and the NAB through its chairman as respondents in the case.

In his petition, Imran requested the court to adjudicate upon questions of "great public importance" with reference to the enforcement of fundamental rights of citizens under articles 9 (security of a person), 14 (inviolability of dignity of a man, etc), 19A (right to information), 24 (protection of property rights) and 25 (equality of citizens) of the Constitution.

Most of the amendments brought into NAB, he argued, were person-specific. "As such, it is just and fair to protect the constitutional and fundamental rights of the citizens of Pakistan.

"The NAB may be asked to provide details of all such cases which relate to the prominent and influential holders of public office, specially regarding cases pertaining to offences of owning assets (movable and immovable) without means," the petition stated.

It added that the amendment hands over the president's right to appoint the body's chairman to the government which will "maneuver by the bulk of the holders of public office to assume control over and influence the impartiality of the NAB chairman."

"The removal of hurdles in the normal time-tested and universally adopted methods of proving these “white collar crimes”, reducing the efficacy, transparency, and fairness of these laws coupled with a free and independent judiciary, and freedom of the investigators and the prosecutors from the influence and interference of those very chosen representatives whose alleged corruption and corrupt practices they are tasked to investigate and prosecute."

He cautioned that making accountability law "weak and ineffectual" was a severe breach of the Constitution and underscored that the people of Pakistan had the right to hold their elected representatives accountable for their fiduciary actions.