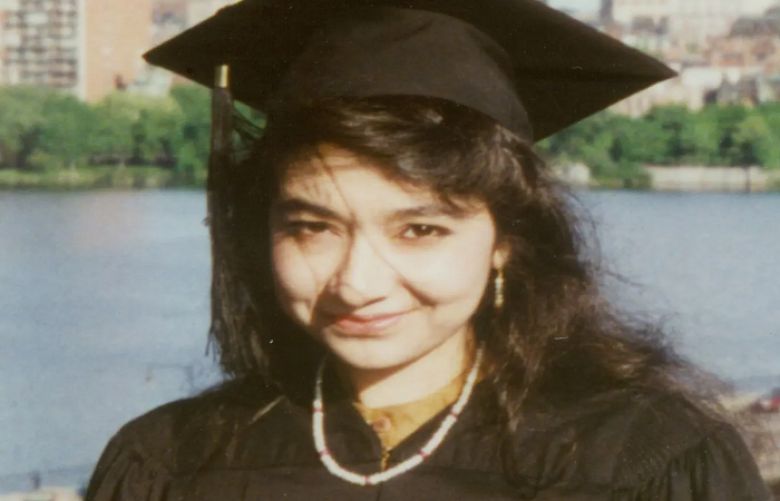 The Islamabad High Court (IHC) on Saturday directed the Ministry of Foreign Affairs to facilitate Dr Afia Siddiqui’s family in securing a visa for the United States so they could visit the country and see her.

Dr Aafia, a Pakistani neuroscientist jailed in the US, was indicted by a New York federal district court in September 2008 on charges of attempted murder and assault, stemming from an incident during an interview with the US authorities in Ghazni, Afghanistan — charges that she denied.

After 18 months in detention, she was tried and convicted in early 2010 and sentenced to 86 years in prison. She has since been imprisoned in the US.

In today’s order, the IHC noted that the Foreign Office (FO) submitted a report to the court stating that the Pakistan Consul General visited the Federal Medical Centre (FMC) where Dr Afia is currently detained.

“…but it appears she now believes that her family is no longer alive, and the Warden of FMC states that Dr Afia could not be forced to make a phone call if she did not wish to,” the order read.

The order said that under the circumstances, the counsel for the petitioner urged that the Foreign Office should be directed to facilitate a visa for Dr Afia’s family to visit her in the United States.

The court said that a Foreign Office official told the IHC that the ministry would make its best efforts to facilitate the visa and the requisite permissions for the family to visit Dr Afia, but there can be no guarantees as the ultimate decision in this regard rests with the US government.

“In view of the foregoing, the Ministry of Foreign Affairs is directed to facilitate the visa for the family of Dr Afia Siddiqui to visit her in the US, with the assurance that the family’s liberty and safety will not be endangered by association with Dr Afia.”

The court also said that the Foreign Office officer present in the court will provide his contact details to the counsel for the petitioner for Dr Afia’s family to exchange the requisite information and for communication to be facilitated.

“The Foreign Office shall facilitate the visa application with appropriate support,” the court directed and asked the parties to reappear on August 8.