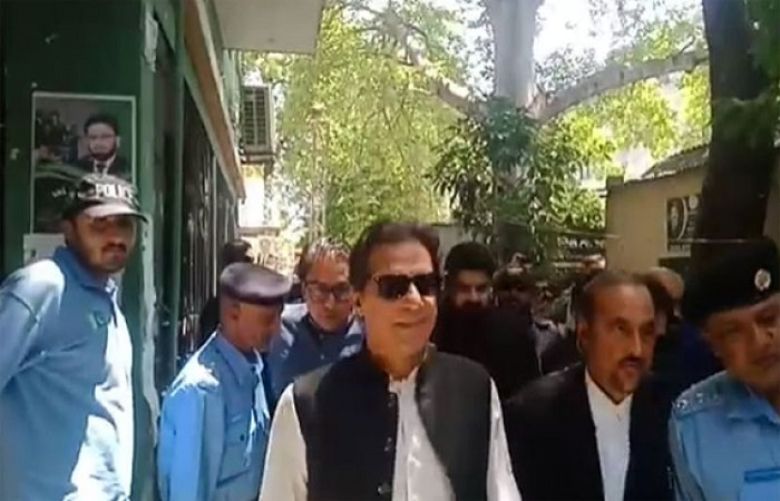 The sessions court judge granted interim bail to Imran till July 6 and ordered him to submit a bond of Rs 5,000 in each case.

The judge summoned police for the next hearing and asked the officials to bring the records.

Earlier this month, the Peshawar High Court (PHC) granted the ex-premier transitory, protective bail for three weeks in cases registered against him by the government in light of his ‘Azadi March’.

The high court, while providing pre-arrest bail to Imran, told him that the petitioner was being granted three weeks bail against a surety bond of Rs50,000 but he could always approach the court in case of any problem.