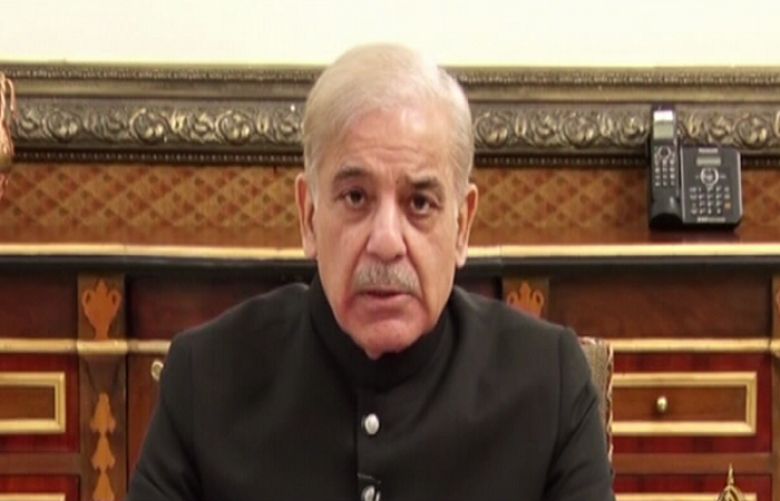 Prime Minister Shehbaz Sharif announced Friday that the coalition government plans to impose a 10% super tax on large-scale industries, and that “tough decisions” have been taken to protect the economy on budget 2022-23.

Addressing the nation, after a meeting with his economic team, the premier said that the coalition government has taken some “tough decisions” regarding the federal budget for the next fiscal year 2022-23. “I want to brief the people about those decisions and the actual [economic] situation of the country,” he said, highlighting the two major reasons behind these decisions.

“Our first motive is to provide relief to the masses and to reduce the burden of inflation on the people and facilitate them,” he elaborated.

“Our second motive is to protect the country from going bankrupt," he said, adding that it has been devastated due to the "incompetency and corruption" of the previous Imran Khan-led government.

The decisions taken now will save the country from bankruptcy, he vowed.

Meanwhile, PM Shehbaz further added that other motives included stabilisation of the economy and prosperity of the county. “These aren’t just words, this is the voice of my heart and InshaAllah we will be able to achieve all these targets,” he maintained.

Regarding the International Monetary Fund (IMF) programme, he said: “If the IMF doesn’t put forward any other conditions, I am hopeful that we will be able to reach a staff-level agreement with them soon.”

He further added that the coalition government has taken some “daring” decisions after mutual consultations to provide relief to the people; however, the premier admitted the nation will witness difficulties in the short-run.

“We will steer out of the economic crisis because of these decisions and step onto the path envisioned by Quaid-e-Azam,” he said, adding that after coming into power, the coalition government had two options; to call elections afresh or to protect the “devastating economy” of the country by taking some tough decisions.

“The first way out was easy; however, our [coalition government] conscience did not allow us to do something which would impact the country as the time was to protect the state and not politics,” he stated.

The prime minister urged the affluent sections of society to come forward and share the burden.

He said that this is the first budget in the history of Pakistan in which the government has provided an “economic vision”.

Announcing the imposition of a 10% super tax on cement, steel, sugar, oil and gas, fertiliser, banking, textile, chemical, beverage, and automobile industries, he said it has been done to save the common man from taxes.