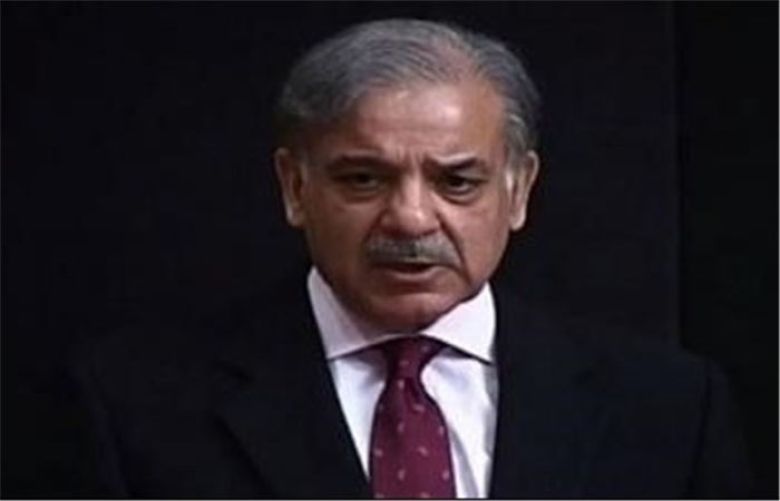 Prime Minister Shehbaz Sharif on Thursday said the International Monetary Fund (IMF) did not trust Pakistan as the previous Pakistan Tehreek-i-Insaf (PTI) government backed out of a “deal” with the Fund by freezing petroleum prices against a promised hike.

“The IMF asked us how it can trust the government once the previous (PTI) regime backed out of the agreement,” the prime minister said while addressing senators from his Pakistan Muslim League-Nawaz (PML-N) party here.

He, however, apprised the nation that even after striking a fresh agreement with the Fund, the crippling economic situation will not change overnight and the government and the people will have to struggle to rid the country of the crisis.

The prime minister remarked the PTI government should not have agreed to the IMF terms if it had reservations over them, hoping the deal with the global body had already matured and if any new conditions were imposed, an agreement would soon be signed.

He said the Fund was adamant on Pakistan fulfilling all the conditions of the agreement. “But it’s a difficult stage and I want to say that more difficulties are to come. Will prosperity come overnight after an agreement is signed? Not at all [...] we have to strengthen our financial position,” he added.

He further said taking the nation towards prosperity was the responsibility of the government, the cabinet and state institutions. “We will have to rise above personal interests and work hard to take decisions that will make us prosper.”

PM Sharif said the government had provided a relief package wherein the common man would get Rs2,000 a month. “More measures will be taken to provide relief.”

Talking about the budget for the new fiscal year, he said “genuine taxes” were being imposed on the net income of wealthy citizens, adding he would address the nation in the next few days to take it on board regarding the steps taken by the government to improve the economic situation.

The premier also talked about the $2.3 billion loan from China. He attributed the country’s economic woes to the habit of seeking loans, adding “crying over the past” would not fix the existing issues.

He regretted that several welfare projects launched by former PM Nawaz Sharif were halted by the PTI government. The laptop scheme was termed a “political bribe”, but time showed that it became a source of online connectivity for students during the Covid-19 pandemic, he added. He said Pakistan did not need a “Naya Pakistan”, but the Pakistan of Quaid-i-Azam Muhammad Ali Jinnah.

Hazara motorway: Presiding over a meeting on development projects, the PM ordered a probe into the award of Hazara motorway project by the Federal Investigation Agency (FIA) to fix responsibility for the poor quality of work.

He said the National Highway Authority (NHA) should consult the contractor concerned on how to avoid further wastage of public money on the project. He asked the NHA to immediately stop work on the project until the Chinese company vetted it and provided guidelines to move ahead. PM Sharif said instead of allowing a mushroom growth of kiosks and restaurants, two proper rest areas should be developed at equal distances to provide quality services to tourists. He also directed the authorities concerned to contain illegal construction in Jhika Gali.

Regarding the New Murree area, he said a consultancy firm from countries like Switzerland should be engaged to suggest a development plan for the area without damaging the natural beauty. The consultant should suggest good interventions for tourists like cable transport to discourage the movement of vehicles to the resort. He also instructed the administration to ensure proper testing of the existing cable car to prevent accidents.

Minerals exploration: Prime Minister Sharif also stressed the use of modern technology for the exploration of minerals and effective utilisation of raw materials for power generation. He directed to yield benefits from the coal reserves in Thar and Lakhra, and also the iron ores in Mianwali and Chiniot.

Meanwhile, federal Finance Minister Miftah Ismail claimed that by taking tough decisions, the government had saved Pakistan from default as the previous PTI regime had pushed the country on the verge of bankruptcy.

While addressing a press conference along with Information Minister Marriyum Aurangzeb, the minister claimed Pakistan was now returning to a better financial position, citing the increasing valuation of rupee against the dollar and the performance of Pakistan Stock Exchange as examples of the ‘progress’. He further claimed the International Monetary Fund had itself, through a press release, said it had made important progress in negotiations with Pakistan on budgetary measures for fiscal year 2022-23, as reported by APP.

The minister called the budget “progressive and historic” that did not increase indirect taxes nor did it propose taxes on commodities or consumption. Unlike the PTI government, the incumbent regime had taxed the rich. He added the $2.3bn loan from China was expected to be transferred by Monday and the country also rerolled the safe deposits that were due in June and July.

Separately, while presiding over a meeting on the PM’s relief package through Utility Stores, Mr Ismail directed the ministries concerned to work out proposals for the targeted subsidy.

Ms Marri and Mr Mahmud shared proposals for consolidation of multiple subsidies under one umbrella for better allocation on the basis of household rather than individual.