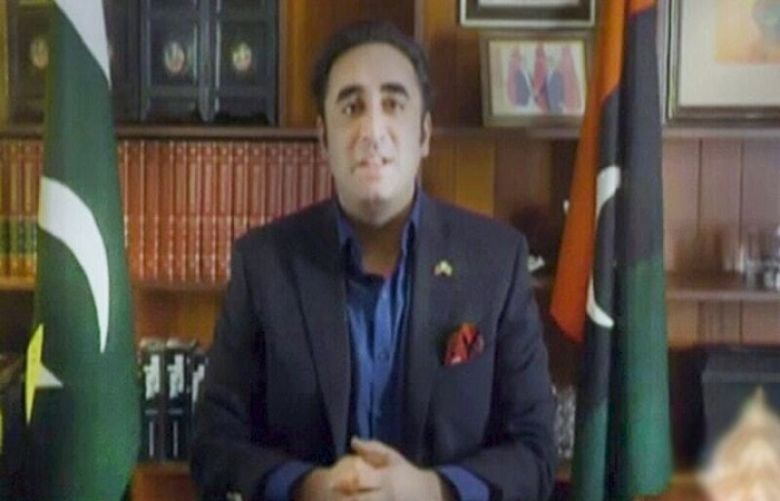 Foreign Minister Bilawal Bhutto Zardari on Thursday urged the United Nations to form an inter-agency task force to combat disinformation that could hold regular interactions with member states and other stakeholders.

Delivering a virtual address to a meeting of the Group of Friends on Countering Disinformation for the Promotion and Protection of Human Rights and Fundamental Freedoms, Bilawal emphasised that the world must have an international plan of action to "counter disinformation online and offline, in the public and private domain".

Sharing his suggestions to tackle the menace, Bilawal called for enhanced public awareness through information campaigns promoted by member states and the UN, and building societal resistance and resilience against disinformation.

He also stressed the need for capacity building of governments and their relevant institutions to detect, analyse and expose disinformation and their networks.

"The UN and its agencies should build the capacity of member states, especially the developing countries, to analyse and fact-check and filter information, especially online information."

Bilawal said financial and technical support should be extended to national and international researchers as well as institutions involved in fighting disinformation.

The UN department of information can play a critical role in this context, he noted.

The foreign minister said the world should make a concentrated effort through cooperation to minimise the negative impact of disinformation on human rights, and relations between communities and states by building firewalls against false information.

He said the UN should adopt guidelines for actions, including the use of advanced technology such as artificial intelligence, to serve as a driving force for national and international actions.

He also proposed that the UN should develop rules and regulations for adherence by the private sectors, social media companies and other non-governmental actors in this regard.