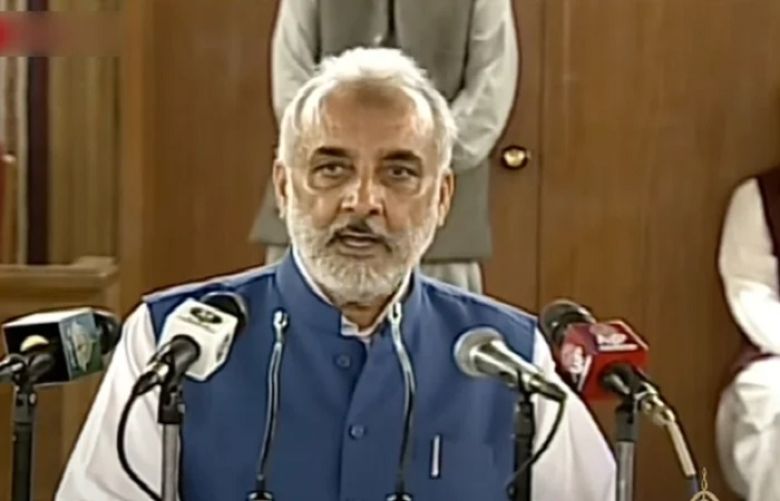 After much delay, Balochistan Finance Minister Sardar Abdul Rehman Khetran unveiled the province’s budget for the fiscal year 2022-23, with a total outlay of more than Rs612 billion.

In his speech at the Balochistan Assembly, the finance minister said that over Rs191 billion have been proposed for the Public Sector Development Programme (PSDP).

Khetran said Rs28.3 billion have been proposed for the Federal Funded Projects (FFP) and Rs14.6 billion for foreign project assistance (FPA) — apart from the proposed development funds of the province.

The finance minister added that 3,367 development projects are currently underway for which the province has proposed Rs133 billion and for the 3,470 new projects, it has proposed a total of Rs59 billion.

He said that the proposed budget is Rs612.79 billion, while the expenditure for the next fiscal year will be Rs539.94 billion, therefore, the budget deficit will clock in at Rs72.85 billion.

Khetran added that the government has approved a 15% hike in the basic salaries of public-sector employees in line with the pay rates of 2017. A 15% raise has also been made to pensions.

He added that the minimum wage for labourers has been set at Rs25,000.

The finance minister said the budget for health has been proposed at Rs43 billion, education at Rs83 billion, while Rs56 billion have been proposed for the maintenance of law and order in the province.

The government has also allocated Rs1.75 billion for food security, he added.