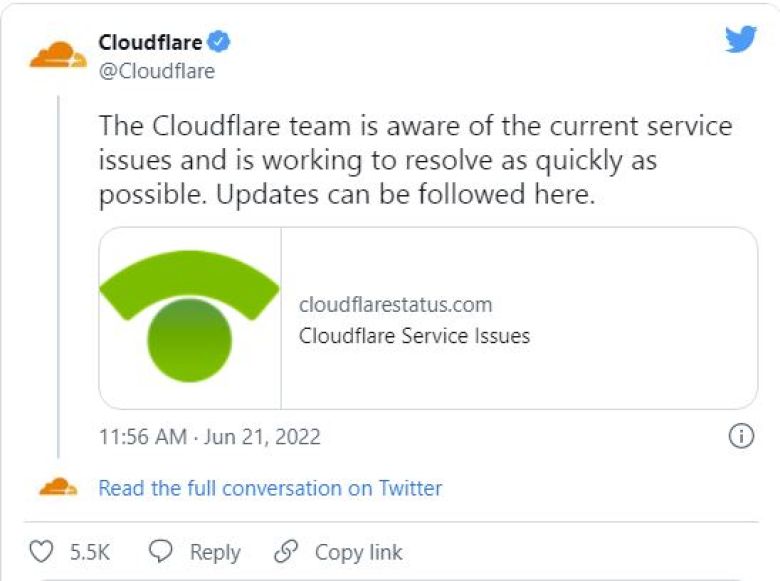 In a statement, available on its website, Cloudflare confirmed the outage. "A critical P0 incident was declared at approximately 06:34AM UTC (11:57am PST). Connectivity in Cloudflare’s network has been disrupted in broad regions."

Eyeballs, it continued, attempting to reach Cloudflare sites in impacted regions will observe 500 errors. "The incident impacts all data plane services in our network."

Cloudflare added that a "fix was being implemented" assuring that it would keep updating users as they have more information.

At 1:08pm (PST), approximately an hour after the issue was reported, the DNS service tweeted that the incident had been resolved.