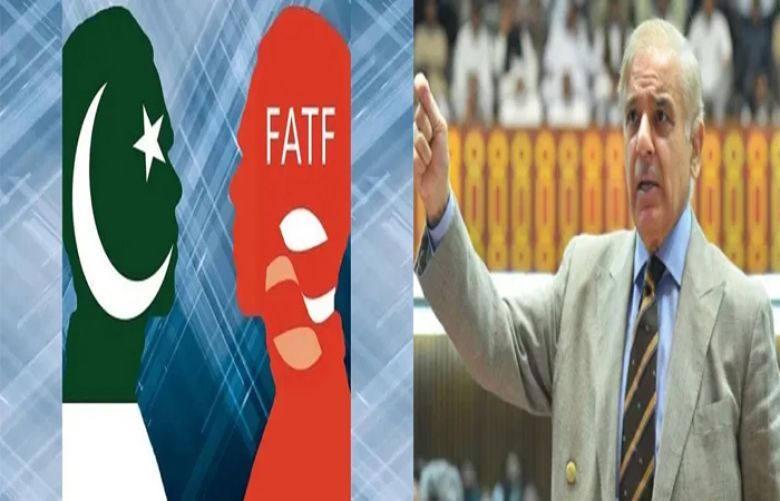 File photo Return of Pakistan to the whitelist of FATF is big success:PM

Prime Minister Shehbaz Sharif said that the return of Pakistan to the whitelist of the Financial Action Task Force (FATF) is a big success.

PM Shehbaz Sharif felicitated the nation and welcomed the announcement of the Financial Action Task Force (FATF) that Pakistan had met all its conditions for exclusion from the grey list.

In a statement, he said, “Praise be to Allah, return of Pakistan to the white list is a big success of Pakistan.”

He congratulated the government institutions, personalities and relevant team and said their joint efforts brought fruit,

He appreciated the performance of Minister of State for Foreign Affairs Hina Rabbani Khar and the team of the Foreign Ministry.

The PM said the efforts of the basic cell related to FATF and of military and civil leadership included in it, were praiseworthy and credit went to them for their work in this national endeavour.

“I pay tribute to the whole team working for the success of Pakistan,” he said adding the statement of FATF was a recognition of the restoration of the international reputation of Pakistan.

“More such good news will be the destiny of Pakistan in future,” he said adding the return of Pakistan to the white list would help in improving the economic and financial situation of Pakistan.

“We are working with the same determination for the economic revival of Pakistan,” he concluded.

Key development
The Financial Action Task Force (FATF) has acknowledged that Pakistan has “substantially completed its two action plans”, saying that the watchdog will now schedule an on-site visit to verify the implementation of the measures.

However, Pakistan has not been formally removed from the FATF’s grey list. In a statement, the watchdog acknowledged that Pakistan has completed both its action plans, covering 34 items and said this showed the necessary political commitment was in place to sustain implementation and improvement in the future.

“The FATF will continue to monitor the Covid-19 situation and conduct an on-site visit at the earliest possible date to verify the implementation and sustainability of the country’s money laundering and counter-terrorism financing measures,” it added.

The FATF also acknowledged Pakistan continued political commitment to combating both terrorist financing and money laundering, which it said had led to significant progress.

The financial watchdog noted that Pakistan has also largely addressed its 2021 action plan ahead of the set times.