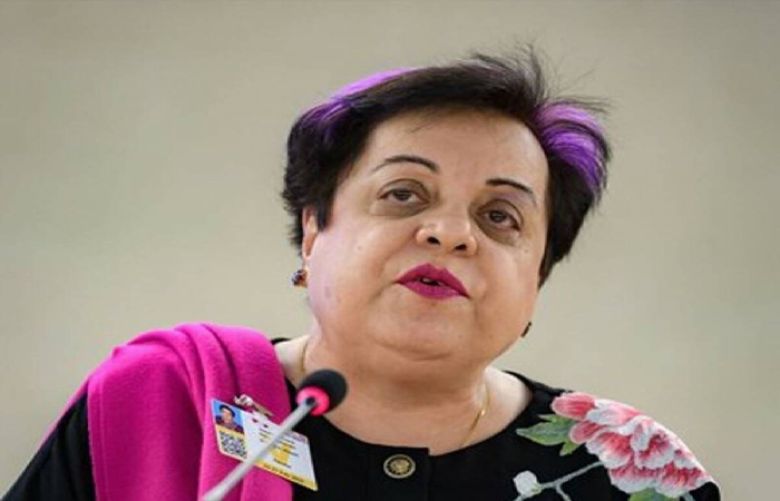 The Islamabad High Court (IHC) on Thursday directed the National Assembly secretary to submit a report regarding PTI leader and former human rights minister Dr Shireen Mazari's May 21 arrest, which IHC Chief Justice Athar Minallah observed was "not according to the legal process".

The IHC, while hearing a petition filed by the former minister's daughter, Imaan Zainab Mazari-Hazir, had termed Mazari's arrest in a land case registered with the Anti-Corru­ption Establishment (ACE) as unlawful. It had also ordered a judicial inquiry into her arrest and asked the federal government to frame its terms of reference (ToRs).

The notification dated June 4, a copy of which is available with Dawn.com, stated the commission's ToRs. The members of the commission are retired justice Shakoor Paracha, retired inspector general of police (IGP) Dr Naeem Khan and retired federal secretary Saifullah Chattha.

According to the notification, the commission would inquire into the abuse of powers by public functionaries leading to deprivation of the right to liberty, ascertain the reason for failure to effectively investigate and hold perpetrators of the crime accountable, conduct an impartial and fair probe into Mazari's arrest, and make recommendations to prevent such incidents in the future.

The commission would submit its report to the federal government within 30 days, the notification stated.

During the hearing today, Mazari's lawyer, Ali Bokhari, argued that the commission had not undertaken any activity since the notification was issued, including summoning the former minister.

He also asked the court to inquire from the deputy AG whether his client's application to include the investigation of criminal proceedings against her in the ToRs had been accepted.

However, Justice Minallah observed that the court could not supervise the commission and asked the lawyer to let the body do its work.

The court's opinion was that the action against Mazari was "not according to the legal process", the judge observed.

He told the lawyer to submit another request if he had any objections in the future.

He then asked whether any report had been submitted by National Assembly Speaker Raja Pervaiz Ashraf. The deputy AG replied that he had not been given any report.

Justice Minallah observed that another MNA, Ali Wazir, was still in jail. "When they (PTI) were in government, they happily put people in [jail]. Have such incidents been investigated in this court?" he asked.

Subsequently, the court directed the NA secretary to submit the report and adjourned the hearing till July 7.